Embassy: Some 100 S. Koreans Have Volunteered to Fight in Ukraine 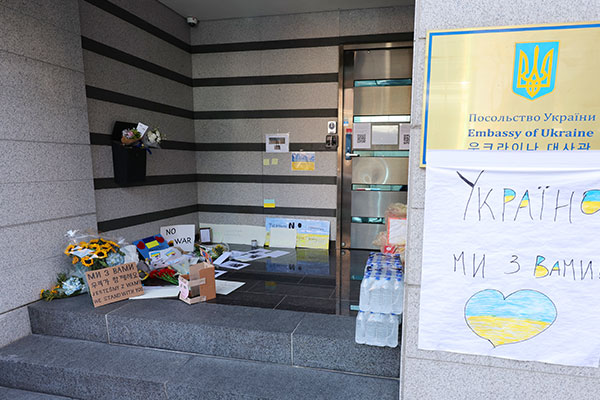 The Ukrainian Embassy in Seoul says some 100 South Koreans have so far expressed their desire to join an "international legion" of volunteer fighters in Ukraine's war against invading Russia.

An embassy official said on Monday that, even as it continues to receive related inquiries, many of the prospective volunteers did not meet set requirements. Only those aged 18 or older with military experience are granted eligibility.

The official also declined to verify the number of South Korean volunteer soldiers who have departed for Ukraine, citing security reasons.

The issue came to the forefront after Rhee Keun, a former Navy special warfare officer turned YouTuber, posted on his social media that he had departed to fight for Ukraine through an unofficial route despite discouragement from the Seoul government.

Ukraine's foreign minister Dmytro Kuleba claimed on Sunday that some 20-thousand foreign volunteers from 52 countries have signed up to join its international legion, though he would not say how many were currently in the country.

The presidential office in Ukraine had announced the legion's formation on March 5, inviting qualified foreigners to join in the fight against the aggressor.
Share
Print
List