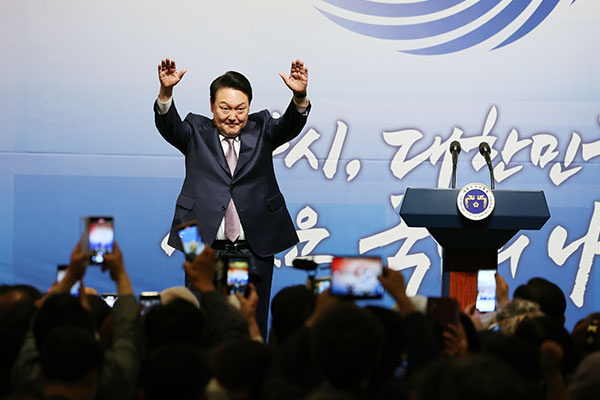 President Yoon Suk Yeol has unveiled plans to establish a government office for overseas Koreans as well as a system through which such Koreans can easily access administrative services abroad.

Yoon disclosed the plans on Wednesday during a ceremony in Seoul celebrating his inauguration which was attended by some eleven-hundred overseas Koreans who were invited to Yoon’s inauguration on Tuesday.

The president said his government will pursue substantive policies to expand the rights of overseas Koreans in a bid to create a global community where such Koreans and South Korea can jointly prosper.

Yoon also vowed to identify and update the operational mechanism in the overseas voting system since its implementation more than a decade ago while also pledging to strengthen overseas Korean networks in various fields.

Setting up a government office for overseas Koreans was one of Yoon’s campaign pledges.
Share
Print
List