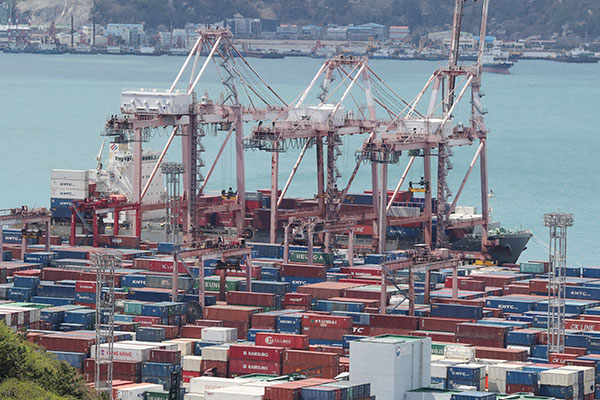 South Korea’s exports of information and communication technology(ICT) products hit a record high for the month of April.

According to the Ministry of Science and ICT on Thursday, outbound shipments of ICT products last month jumped 16-point-nine percent on-year to reach 19-point-94 billion dollars.

Combined ICT shipments in the first four months of the year reached an all-time high of 81-point-66 billion dollars.