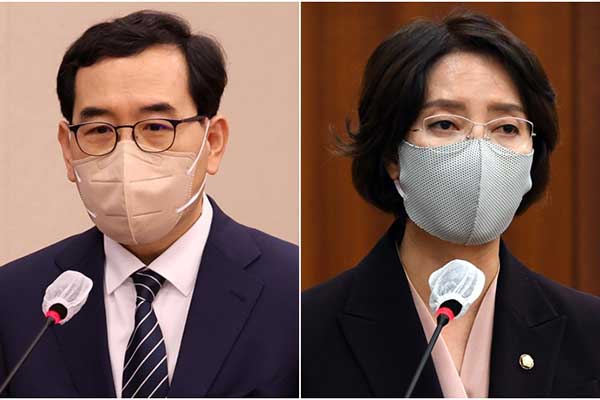 Yoon appointed Lee Chang-yang as minister of trade, industry and energy and Lee Young as minister of SMEs and startups after their reports were adopted by the corresponding parliamentary committees earlier in the day.

Prior to their appointments, the president pushed ahead with the appointment of Park Jin as foreign minister and Lee Sang-min as interior minister, despite the rival party lawmakers deadlocked over finalizing reports on their hearing.

The top office explained that Yoon deemed their appointments essential to prepare for U.S. President Joe Biden's visit to Seoul next week and the June 1 local elections.

Meanwhile, the main opposition Democratic Party has yet to agree on the approval of prime minister nominee Han Duck-soo and seven others. Yoon has so far appointed eleven ministers.
Share
Print
List