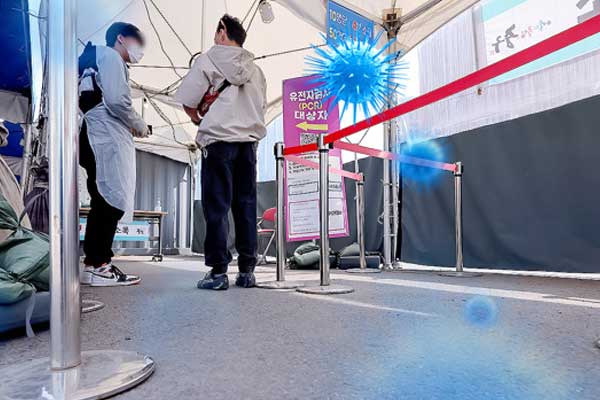 The Korea Disease Control and Prevention Agency (KDCA) said Saturday that 29-thousand-581 infections were reported throughout Friday, including 55 from overseas.

Compared to the same day last week, the tally is down by ten-thousand.

Of the new cases, people aged 60 and older account for more than 21 percent and minors 18 and younger take up 19 percent.

The country's accumulated caseload is over 17-point-seven million.

The number of critically ill hospitalized patients is down by six from the previous day at 341.

Around 17 percent of ICU beds nationwide are occupied, while over 225-thousand people are recovering from COVID-19 at home.