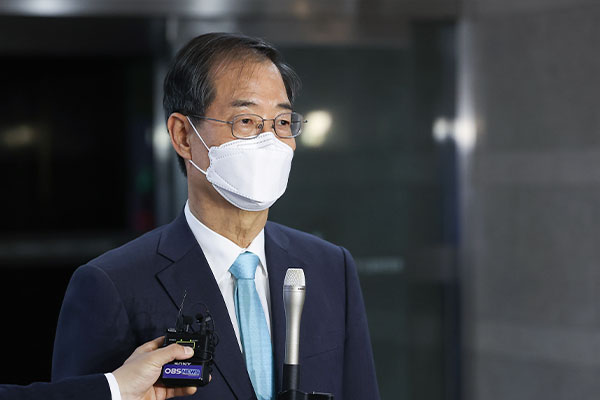 New Prime Minister Han Duck-soo has pledged to respect the opposition through cooperation as a partner in state affairs.

At his inauguration ceremony on Monday, Han said he will lead efforts toward national unity and multi-partisan cooperation in pursuit of improving people's livelihoods and achieving economic recovery, sustainable growth and public safety.

Having served as prime minister during the liberal Roh Moo-hyun administration, Han said he will actively communicate with rival political parties.

The prime minister promised to consider all possible measures with relevant ministries in addressing inflation, household debt and other livelihood issues.

He also pledged to mediate between the government and the private sector to ensure that the real estate market operates under market principles.

On the macro level, the prime minister said the government will take bold, innovative, deregulatory steps to support national growth led by the private sector and based on the market economy.
Share
Print
List