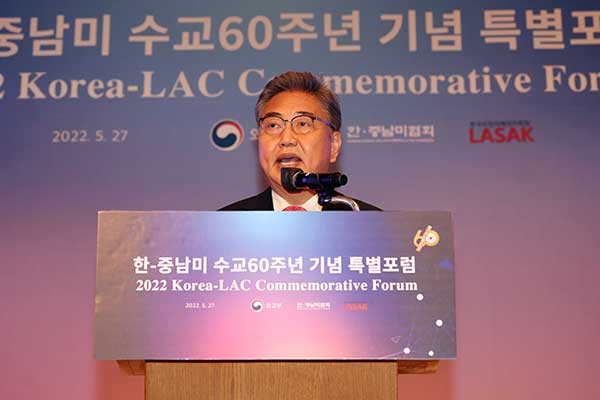 The minister delivered his remarks in Spanish as part of his opening address at a special forum held in downtown Seoul to mark the 60th anniversary of diplomatic ties ties with 15 Central and South American countries.

Park said that the government will establish a network of a free trade agreement with Central and South America and deepen strategic dialogue with the region as well through summit diplomacy.

Some 40 participants at the forum included ambassadors from Latin American nations, experts and analysts on the regions as well as figures from the National Assembly, representatives from the private and public sectors.