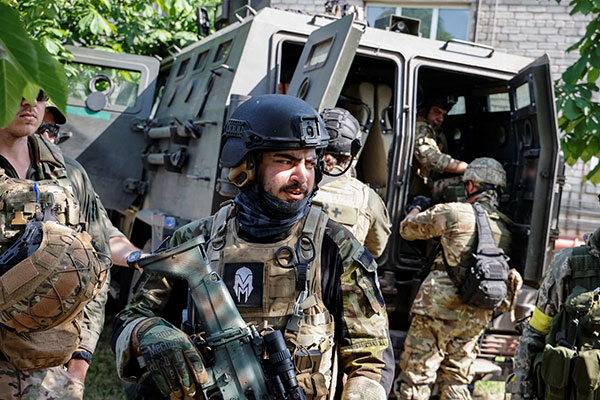 The government has not yet confirmed Russia's claims that there have been four South Korean deaths out of 13 nationals who voluntarily joined the Ukrainian military as part of an "international legion" of fighters opposing the Russian invasion.

An official from the foreign ministry said on Tuesday that Seoul has yet to find evidence corroborating the claims put forth by the Russian defense ministry, adding that it is in the process of confirming the facts.

Last Saturday, another ministry official expressed doubt about the credibility of the claims, suggesting that Moscow may be attempting to engage in psychological warfare through disinformation.

After making similar claims about two South Korean deaths in April, Moscow has yet to respond to Seoul's request for the identities of the deceased.

The government believes that four to five South Koreans who illegally entered Ukraine as voluntary fighters remain in the country.

South Korean citizens are currently banned from entering Ukraine without state approval. Violators can face up to a year in prison or a maximum fine of ten million won.
Share
Print
List