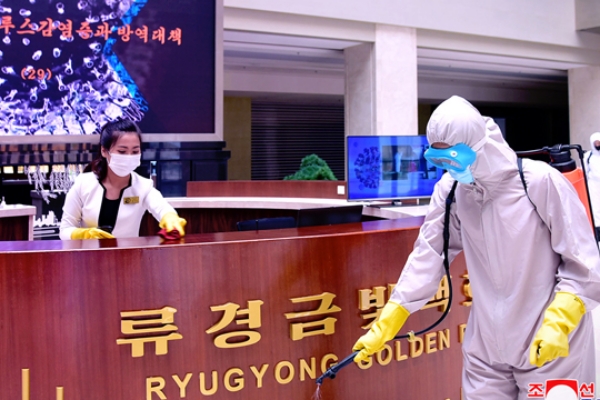 North Korea claimed that its fever-related daily cases suspected to be COVID-19 remained below 20-thousand for a fifth day.

The North’s official Korean Central News Agency(KCNA) reported on Thursday that around 13-thousand-100 new fever patients were confirmed in the 24-hour period leading up to 6 p.m. Wednesday nationwide.

The most recent update came last Thursday, when the KCNA said that one new death was reported, raising the death toll to 73 with a fatality rate of zero-point-002 percent.

Cumulative cases in the North compiled since late April grew to around four-point-six million, with North Korean authorities claiming that all but some 22-thousand have fully recovered.

According to the North's official tallies, daily new fever cases peaked on May 15 at nearly 400-thousand, but the number has continued to drop and fell below 20-thousand for the first time on Sunday and remained below the mark for a fifth day.
Share
Print
List