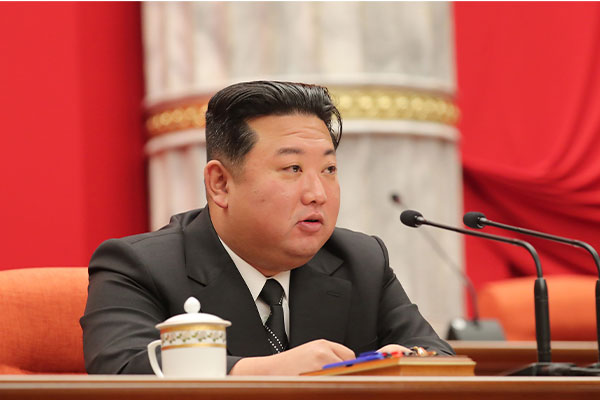 North Korean leader Kim Jong-un reportedly held a party meeting on Monday to discuss a restructuring of the party organization.

According to the North's official Korean Central News Agency(KCNA) on Tuesday, Kim presided over a meeting of the Secretariat of the Central Committee of the ruling Workers’ Party the previous day in Pyongyang.

The meeting agenda reportedly included issues related to improving the work system of the party's guiding organs at all levels and strengthening their political activities.

The KCNA said attendees also discussed restructuring some departments of the Central Committee and issues related to the strengthening of policy guidance regarding work in the security, judiciary and prosecution fields.

The KCNA said Kim presented missions and tasks for departments of the Central Committee and made important conclusions regarding major principles, tasks and methods that the departments should abide by, but did not elaborate further.
Share
Print
List