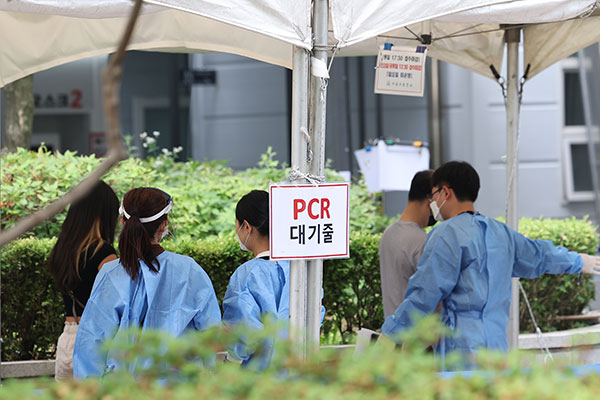 Daily new COVID-19 cases in South Korea remained below ten-thousand for a second day, but increased by over two-thousand from a week ago.

The Korea Disease Control and Prevention Agency said on Friday that nine-thousand-528 infections were reported throughout the previous day, including 146 from overseas, bringing the total caseload to about 18 million-368-thousand.

The daily tally stayed below ten-thousand for the second straight day, but increased by some 23-hundred from a week ago, showing signs of a resurgence.

The number of imported cases remained above 100 for the sixth consecutive day, partly due to the removal of quarantine requirement for arrivals and a rise in international arrivals.

The number of seriously or critically ill patients receiving care at medical facilities increased by two from the previous day to 56, remaining below 100 since June 12.

Eight additional deaths were reported in the past 24 hours, raising the death toll to 24-thousand-555, while the overall fatality rate stands at zero-point-13 percent.
Share
Print
List