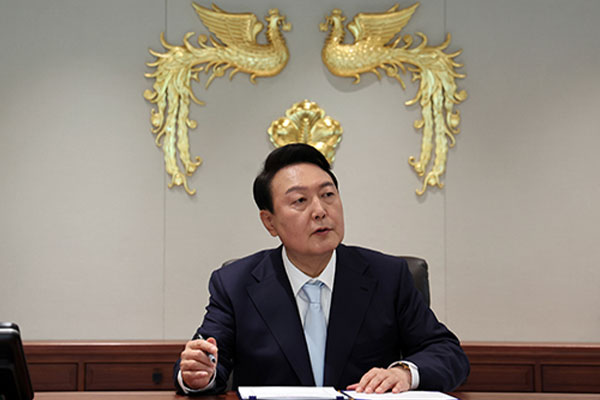 President Yoon Suk Yeol will receive a policy briefing from the justice and interior ministers on Tuesday.

The justice minister's briefing is expected to include discussion on presidential pardons to be granted on the August 15 Liberation Day holiday and the possible establishment of an immigration bureau.

Minister Han is also likely to brief the president on the developments of a petition filed by the ministry with the Constitutional Court on a series of prosecution reform laws.

The interior minister's policy briefing is expected to cover the launch of a new supervisory police bureau under the ministry and growing opposition within the police.
Share
Print
List