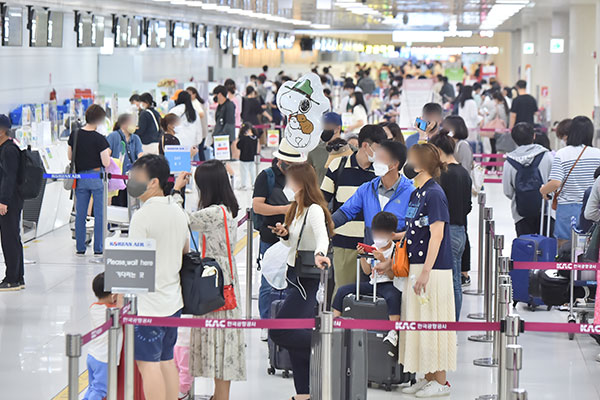 Overseas flight services at all of the nation's international airports have now resumed for the first time in nearly two and a half years.

The Korea Airports Corporation, which manages region-based airports, said on Tuesday that the international airports in Gimpo, Gimhae, Jeju, Cheongju, Daegu, Muan and Yangyang have now all restarted operation of their international flights.

Among the seven secondary international airports, the one in Daegu first resumed operation of its international flights to the Vietnamese city of Da Nang on May 28. The latest one, Cheongju, began its flight services to Da Lat in Vietnam, earlier in the day.

The Korea Airports Corporation plans to discuss the restoration of mid- and long-distance international flights and the establishment of new routes with key airlines at the Routes World 2022 conference, which will open in Las Vegas in October. At the annual trade show, decision makers from airlines, airports and destinations define the world's route networks.

The corporation also plans to carry out promotional activities to revitalize international flights together with foreign airlines, flagship carriers and the travel industry.
Share
Print
List