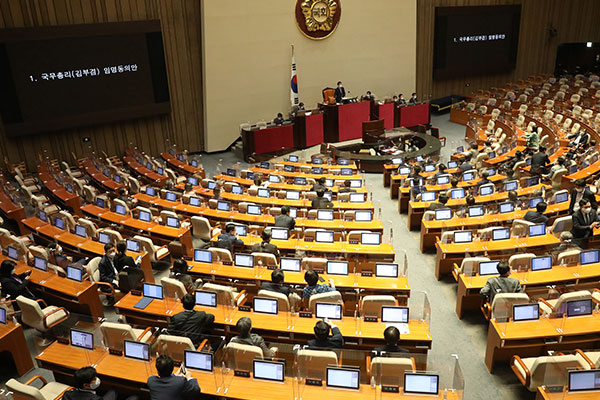 In the meeting, the ruling and opposition parties voted on the appointment of senior representative officials for the committee as well as the chairperson, Yoo Sung-kull of the ruling People Power Party.

The rival camps had earlier agreed to launch the committee based on the shared view that legislative measures are necessary to fight the triple threat of high inflation, high oil prices and the high won-dollar exchange rate.

The special committee, set to operate until the end of October, is expected to handle 29 bills directly relating to the economy, including a fuel tax cut and increasing income tax deductions for office workers' meal expenses.

Earnest discussions on the bills will begin at the committee's next meeting on Friday.

Bills passed out of the committee will then be put to a vote in a plenary session set for Tuesday.
Share
Print
List