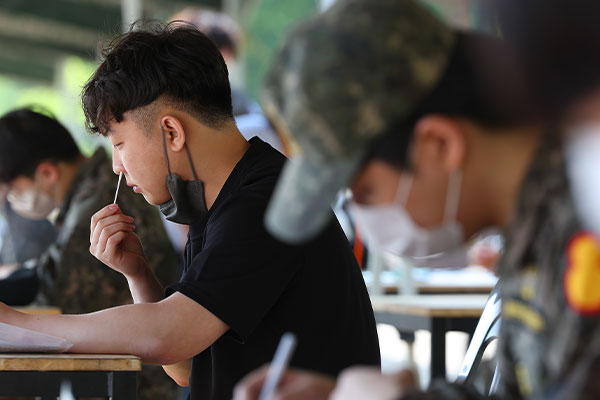 The government will enable young men set to start their mandatory military service to get PCR tests for free within three days of entering military quarters as part of efforts to prevent the spread of COVID-19 in boot camp.

Minister of the Interior and Safety Lee Sang-min unveiled the plan during a meeting of the Central Disaster and Safety Countermeasures Headquarters on Friday.

Lee said the new plan will apply to young men who begin training as part of their mandatory military service from August 16.

Lee also said the government set up a system in which the public can make reservations for a PCR test on that same day to lessen the inconvenience resulting from a surge in demand for such tests.

The government will first operate the system in seven screening centers in the nation, including two in Seoul, before expanding their numbers in line with demand for PCR tests.
Share
Print
List