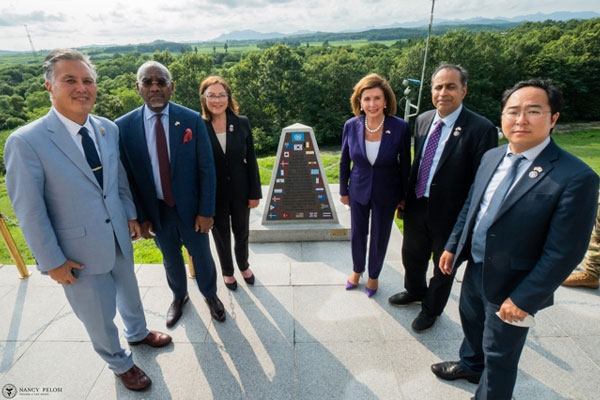 In a foreign ministry statement Saturday carried by the Korean Central News Agency, the North said the speaker's mention of strong nuclear deterrence against threats from the North clearly demonstrates U.S. hostile policy.

It also claimed her visit to Taiwan served to destroy regional peace and stability and incurred the wrath of the Chinese people as her visit to Ukraine in April had incited a mood of confrontation with Russia.

The North argued her latest visit to the joint security area on the Korean border hides the intention to justify a reckless arms buildup and warned that the U.S. will have to pay dearly for all the troubles Pelosi has caused wherever she has visited.