Soyang River Dam to Release Water for First Time in 2 Years on Thurs. 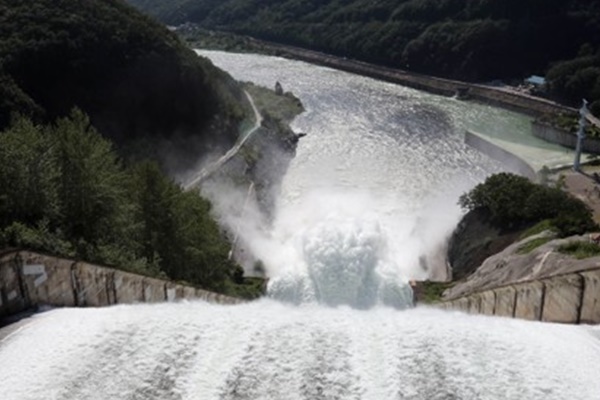 Water management authorities will open the floodgates of the Soyang River Dam in Gangwon Province for the first time in two years on Thursday to cope with torrential rains in the central region.

The Korea Water Resources Corporation said on Wednesday that it will open the floodgates at 3 p.m. the next day.

The corporation plans to release up to 25-hundred tons of water per second through 4 p.m. Friday to adjust the dam’s water level, which has nearly risen to its upper limit.

After the release, the water level of the downstream river is expected to rise by as much as one-point-six meters.

The latest announcement on the opening of the nation’s largest multi-purpose dam comes after the plan was twice delayed from Tuesday and Wednesday. The change was first made due to less-than-expected rainfall before a further postponement the following day out of concern that the lower reaches of the Han River could witness further damage.
Share
Print
List