Gov't to Increase Supply of Chuseok Produce to Stabilize Prices 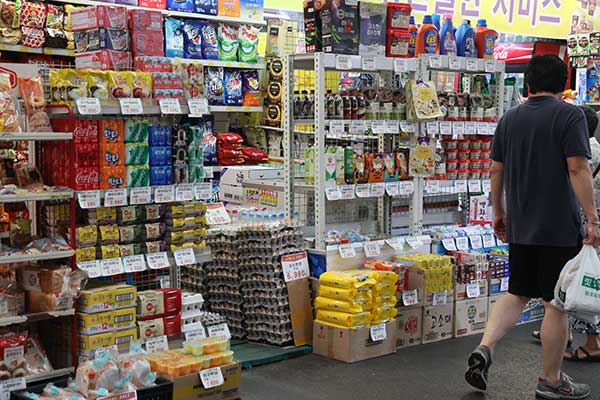 The government will provide a record amount of food supplies ahead of the Chuseok holiday in a bid to stabilize prices and ease citizens' financial burden.

After an emergency meeting presided over by President Yoon Suk Yeol on Thursday, the finance ministry said the government will boost stocks of key vegetables and fruits by up to one-point-four times the usual amount ahead of Chuseok.

The government plans to increase supply through emergency imports and by releasing reserves of 20 major Chuseok produce items. It also plans to provide discount coupons for agricultural, livestock and fisheries products worth some 65 billion won, the largest amount on record.

Other measures include increasing support for the socially vulnerable as well as channeling more than 42-point-six trillion won in financial aid for small business owners and small to mid-sized firms to improve liquidity around the Chuseok holiday. The support fund is also the largest amount to date.
Share
Print
List