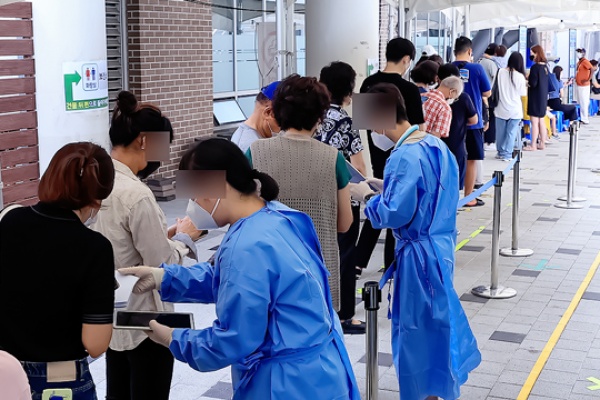 Daily COVID-19 cases fell below 130-thousand, but the number of critically ill patients rose to the highest in some 100 days.

The Korea Disease Control and Prevention Agency(KDCA) said on Friday that 128-thousand-714 infections were confirmed throughout the previous day, including 464 from overseas, bringing the total caseload to almost 21 million-112-thousand.

The daily tally dropped by some 85-hundred from a day ago, but increased one-point-14 times from a week ago and one-point-five times from two weeks ago.

The number of imported cases fell by 58 from a day ago to 464, but continues the month's trend of remaining over 400.

The number of critically ill patients rose by 35 from a day ago to 453, the largest in about three months since May 2.