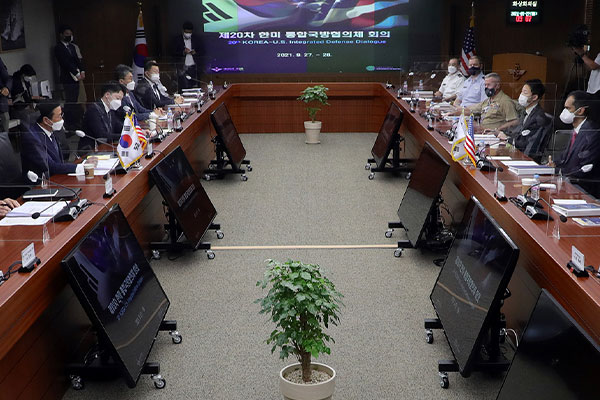 South Korea and the United States will hold their regular defense consultations on jointly countering North Korea's mounting security threats and other alliance issues in Seoul next week.

According to the defense ministry on Friday, the 21st Korea-U.S. Integrated Defense Dialogue, referred to as the KIDD, will take place from Tuesday through Wednesday.

The talks will be led by Heo Tae-keun, the deputy defense minister for policy, and his U.S. counterpart, Siddharth Mohandas.

The allies are expected to discuss follow-up measures to the presidential summit held in May and two rounds of ministerial meetings, as well as preparations for the Security Consultative Meeting scheduled for this fall.

Also on the agenda will likely be the resumption of the allies' Extended Deterrence Strategy and Consultation Group(EDSCG), trilateral security cooperation involving Japan and the normalization of the U.S. THAAD base.
Share
Print
List