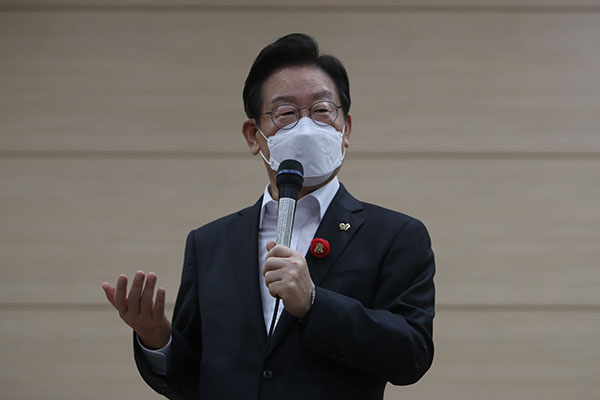 Former main opposition Democratic Party(DP) presidential candidate and incumbent lawmaker Lee Jae-myung has maintained his wide margin lead over his two rivals in the latest results announced in regional voting to elect the next party leader.

Lee had a cumulative total of 73-point-28 percent, trailed by Rep. Park Yong-jin with 19-point-nine percent and Rep. Kang Hoon-sik at six-point-83 percent.

Results from a first round of public survey were also announced, with Lee taking 79-point-69 percent of support, followed by Park at 16-point-96 percent, and Kang at three-point-35 percent. Rep. Kang later in the afternoon withdrew himself from the race.

A second round of public survey will be conducted in the days leading up to the August 28 party convention, the results of which will all be tallied to determine the final victor.