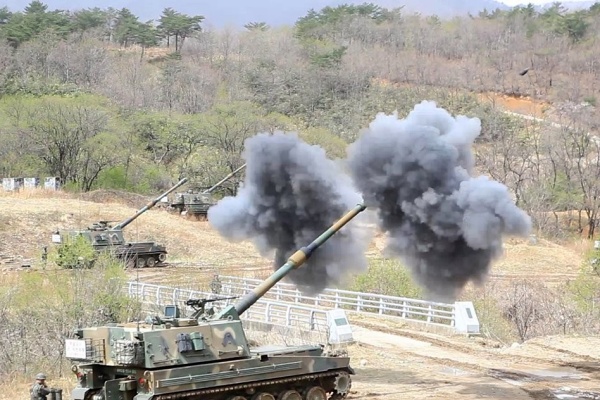 South Korea's arms exports are expected to hit a record high this year.

The rosy estimate is attributed to the massive arms sales with Poland in July.

The Polish government said that it would buy fighter jets, K2 tanks, and K9 self-propelled howitzers from South Korea. The purchase is estimated to be worth 14-point-eight billion dollars, or 20-point-four trillion won.

In January this year, South Korea signed a deal worth three-point-five billion dollars to export its Cheongung-II surface-to-air missile system to the United Arab Emirates.

In February, it signed a contract to sell K9 self-propelled howitzers to Egypt in a deal worth over two trillion won.
Share
Print
List