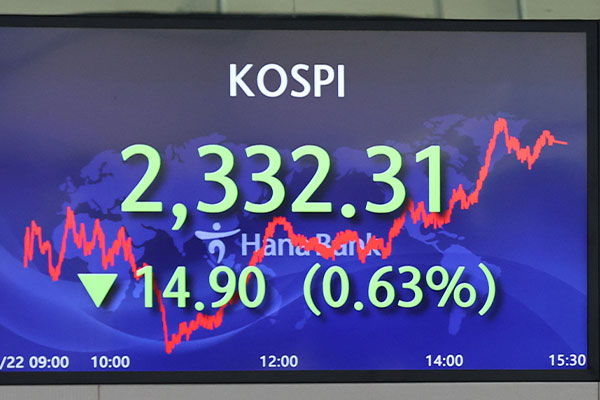 On the foreign exchange, the local currency weakened 15-point-five won against the dollar, ending the day at one-thousand-409-point-seven won.

The exchange rate surpassed the one-thousand-400 won-to-dollar threshold for the first time in 13 years and six months in the wake of the U.S. Federal Reserve's 75-basis-point rate hike to a target range of three to three-point-25 percent, the highest since 2008 and 75 basis points higher than the Bank of Korea's.
Share
Print
List