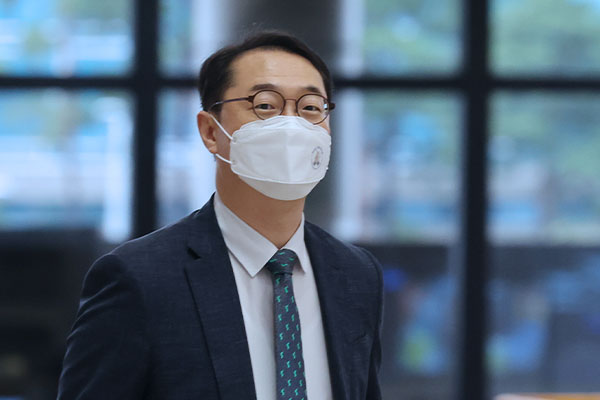 South Korea's top nuclear envoy and a senior U.S. Treasury official have discussed sanctions against North Korea and ways to block cryptocurrency heists by the North.

Special Representative for Korean Peninsula Peace and Security Affairs Kim Gunn met with Elizabeth Rosenberg, the visiting Assistant Secretary of the Treasury for Terriost Financing, in Seoul on Thursday.

According to Seoul's foreign ministry, the two sides agreed on the need to prevent North Korea from siphoning funds for its nuclear and missile programs through its overseas IT workers or cryptocurrency heists and discussed substantive measures.

The two officials also agreed that sanctions have become effective means to convince the North to abandon its nuclear program, stressing that the North's continued provocation and rebuffs to dialogue proposals will only lead to stronger international sanctions.

The ministry said the two agreed to continue close communication to create an favorable atmosphere for the North to return to dialogue and diplomacy.