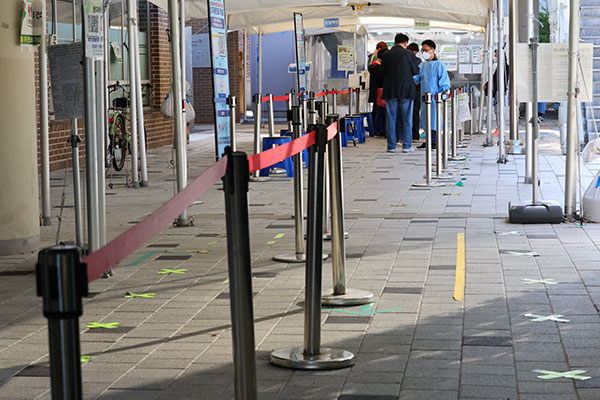 ​The nation's new COVID-19 cases fell to the range of 20-thousand on Friday as the downward trend of infections continues.

The Korea Disease Control and Prevention Agency(KDCA) said on Friday that 29-thousand-108 infections were reported throughout the previous day, including 303 from overseas.

The country's cumulative caseload came to around 24-point-five million.

With the continued downward trend, the government decided to end the mask mandate for large-scale outdoor events and gatherings from Monday.

The number of seriously or critically ill patients dropped by 29 from the previous day to 399, falling below 400 for the first time in 45 days.