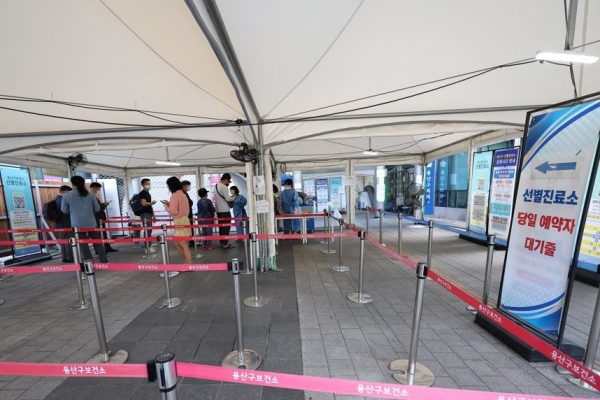 Daily COVID-19 cases remained in the ten-thousand range for the second consecutive day as the outbreak continues to subside.

The Korea Disease Control and Prevention Agency(KDCA) said Tuesday that 16-thousand-423 infections were reported throughout Monday, 106 of which were imported, remaining in the 100 range for the second straight day.

The new tally raises the country's cumulative caseload to around 24-point-85 million.

It marked the first time the daily tally stood in the ten-thousands for a Tuesday since July 5, also marking the lowest daily figure in 14 weeks for a Tuesday.

The number of seriously or critically ill patients fell by eight from the previous day to 353.