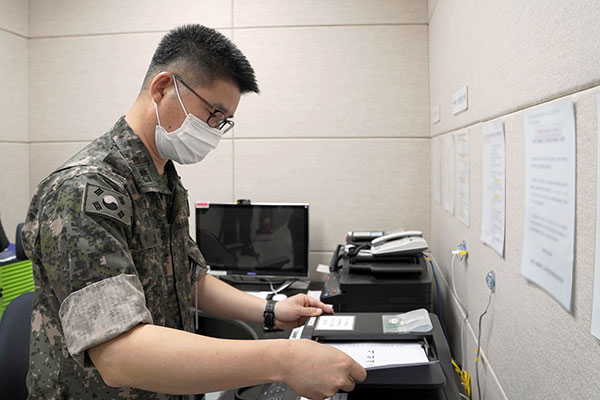 A regular telephone check-in via the joint liaison office in the border-area was conducted as usual on Tuesday afternoon after an earlier morning contact failed to go through.

The Ministry of Unification said on Tuesday the 5 p.m. phone talks took place after the one attempted at 9 a.m. did not take place.

The earlier failed contact, which occurred after the North’s intermediate-range ballistic missile flew some four-thousand-500 kilometers through Japan’s airspace, raised speculations Pyongyang may have intended to sever the inter-Korean lines as part of its beefed-up provocations.

The two Koreas hold regular phone calls twice a day through their liaison office channel, which was set up in part to avoid miscommunication that could lead to a military escalation. The North had severed the line in June of 2020, citing anti-Pyongyang leaflets sent by activists in the South. It was reinstated the next month, severed once again before being put back into service on October 4 of last year.

Yonhap News quoted a Seoul official as saying that the latest problem with the liaison contact was likely caused by a technical issue affecting the communication line.
Share
Print
List