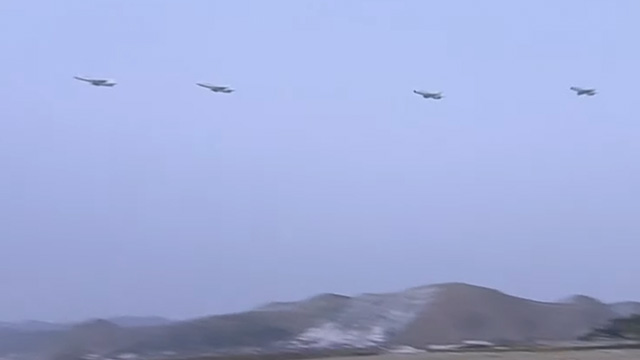 The Joint Chiefs of Staff(JCS) said that four North Korean bombers and eight fighter jets flew in formation south of the special aerial surveillance line at around 2 p.m. in an apparent show of force.

The jets flew for about an hour over Goksan to Hwangju in North Hwanghae Province.

The South Korean military immediately scrambled some 30 fighters to respond to the North Korean warplanes.

A military official said that North Korea appears to have conducted a rare air-to-surface firing drill.

The JCS said that the South Korean military is maintaining a firm readiness posture in the event of any provocation, while closely monitoring the movement of North Korean troops, in close cooperation with the United States.
Share
Print
List