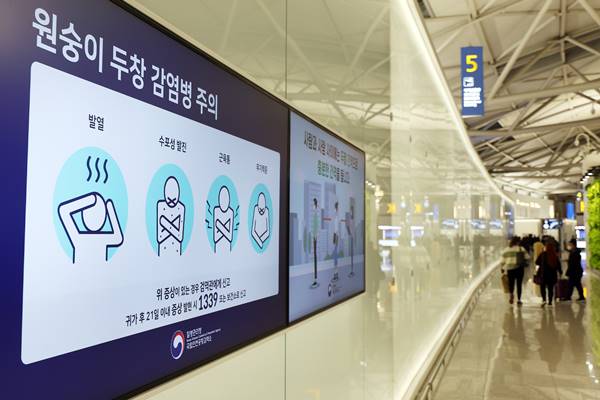 The nation confirmed its fourth case of the monkeypox virus on Tuesday.

According to the Korea Disease Control and Prevention Agency(KDCA), the fourth positive came from a medical worker at the hospital where the third confirmed patient was undergoing testing.

The worker was accidentally pricked by an injection needle while taking a skin lesion sample from the patient last Tuesday.

Although a vaccine was administered immediately after the accident and close monitoring was maintained, symptoms appeared on Friday, and on Tuesday the worker displayed symptoms on the skin and tested positive for the virus.

The health authorities said that besides headaches and mild symptoms, the patient is generally in good condition.
Share
Print
List