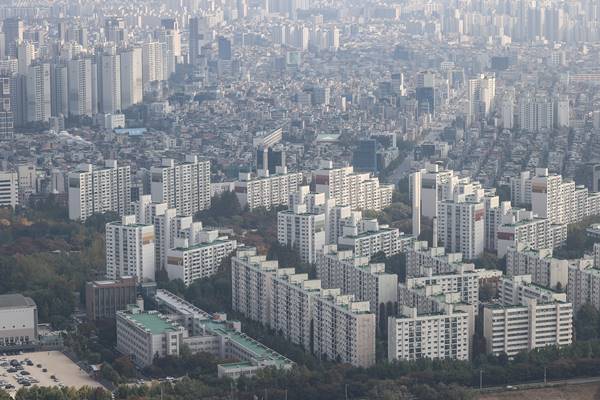 Senior presidential secretary for economic affairs Choi Sang-mok relayed the request on Wednesday, saying the public tax burden increased due to what he called an “abnormal” plan to revise housing appraisal prices under the previous government.

The referenced plan pushed by the Moon Jae-in government was to raise official home appraisal prices to 90 percent of the market value, reflecting criticism that owners of expensive homes were not being taxed accurately.

The presidential secretary said the tax burden further deepened amid a hike in housing prices.

Pointing to President Yoon Suk Yeol’s election pledge to bring down the real estate holding tax burden back to 2020 levels, Choi said the president recently ordered related ministries to actively draw up measures to smoothly follow up on the pledge.

Earlier, the finance, interior and the land ministries announced together a plan to retool the previous government’s move to revise the appraisal of housing value. A subcommittee of the National Assembly Strategy and Finance Committee began deliberations on the plan on Wednesday.
Share
Print
List