Gov't Likely to Revise 2023 Growth Outlook Downward to Below 2% 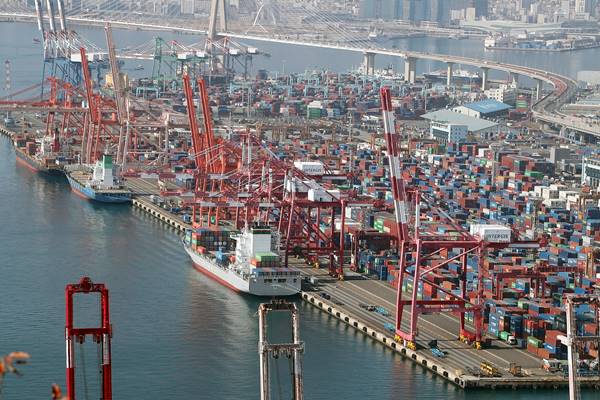 The government is reportedly considering revising next year’s growth target downward to below two percent amid deepening concerns over an economic slowdown.

According to the finance ministry on Monday, the government is scheduled to announce its economic policies and outlook for next year in mid to late December.

Back in June, the Yoon Suk Yeol administration revealed its forecast for next year’s growth at two-point-five percent, but, according to Yonhap News, officials are likely to lower it to the one-percent range.

Faltering exports due to the triple whammy of high interest rates, inflation and exchange rates are behind the grim outlook for Asia’s fourth largest economy, along with concerns that domestic demand that rebounded following the heyday of COVID-19 could shrink again next year.

Already major think tanks at home and abroad have cut their South Korea growth outlooks for next year, with the Organization for Economic Cooperation and Development(OECD) recently lowering its forecast from two-point-two percent to one-point-eight percent.

However, the government will reportedly maintain its tax revenue target for next year of around 400 trillion won disclosed when it submitted next year’s budget plan to parliament in September, due in part to a lag between the potential economic slowdown next year and its impact on tax incomes.
Share
Print
List