Snow Forecast for Most of Korea 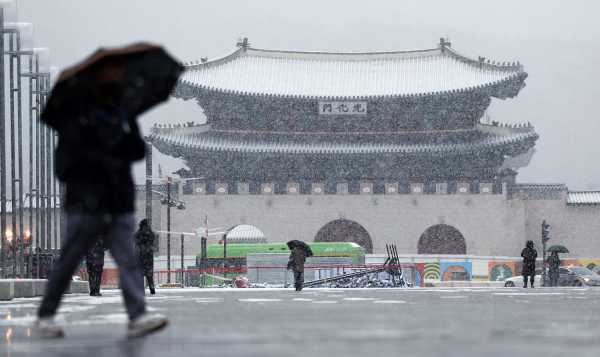 Snow is forecast for most parts of the nation on Thursday.

The snow is expected to fall most heavily during the morning rush hour before letting up in the afternoon, but continue into Friday morning in some southern regions.

Temperatures are forecast to range from minus two degrees Celsius to six degrees above zero on Thursday, up five to seven degrees from the previous day.
Share
Print
List