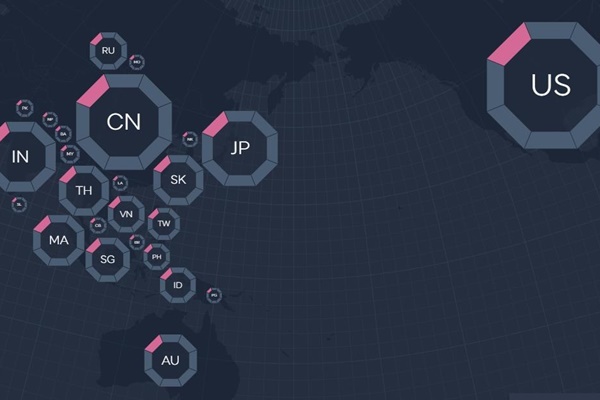 Anchor: A survey puts South Korea as the seventh most powerful country in the Asia-Pacific region. This is according to an Australian foreign policy think tank that surveyed 26 countries based on indicators like military power and economic influence.
Park Jong-hong has this report.

The U.S. led the pack with a whopping 81-point-six points, followed closely by China with 76-point-one points.

Figures from previous years showed that China has been catching up to the U.S. largely due to Washington’s pullout of trade and investment from the Asia-Pacific region.

Japan came in third with 41 points, followed by India with 39-point-seven points, Russia with 33-point-five points and Australia with 32-point-four points.

North Korea garnered 12-point-three points ranking 17th on the list. The institute said the North fell back by a notch mainly due to a decline in diplomatic clout.

It noted that the U.S.-North Korea summit did not bring meaningful concessions for the communist country.