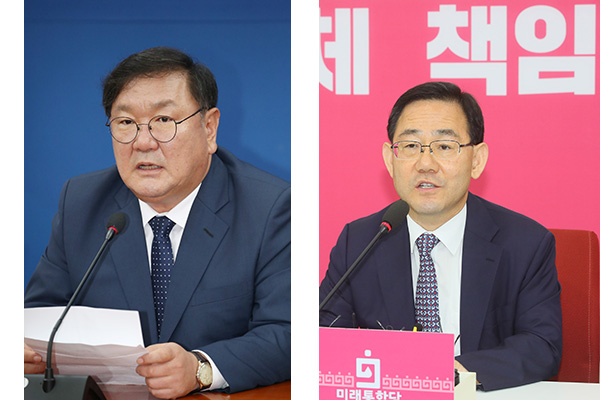 The ruling Democratic Party(DP) ramped up pressure on the main opposition People Power Party(PPP) to swiftly recommend members to a panel that will recommend candidates to head a new agency tasked with investigating corruption by high-ranking officials.

At a party meeting on Tuesday, DP floor leader Kim Tae-nyeon stressed that there is a week left until the October 26 deadline his party set for the opposition's recommendations.

Kim also warned that his party will proceed without the opposition in approving revisions to the relevant law.

The PPP, meanwhile, is moving to submit a new bill on the agency after excluding a clause that requires the prosecution and police to report to the agency before investigating cases involving high-ranking officials.

The main opposition is preparing a separate bill that will launch a special counsel investigation into the ruling camp's alleged involvement in the country's hedge fund scandals.
Share
Print
List