Ex-Pres. Lee Out of Prison Again after Appealing Bail Revocation 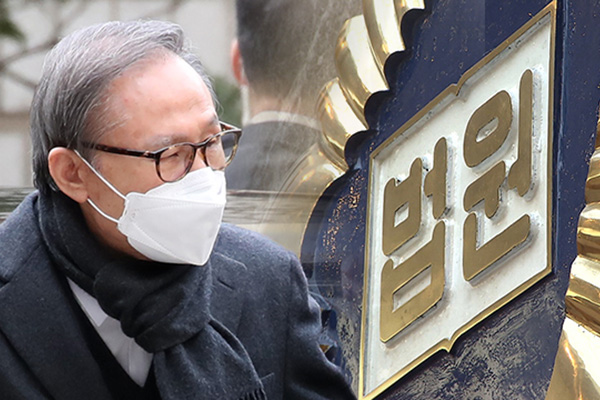 Former President Lee Myung-bak has been released from prison again, less than a week after he was re-incarcerated on charges of bribery and embezzlement.

The Seoul High Court on Tuesday decided to release the 78-year-old former president after his lawyers appealed court decisions, including one that revoked his bail.

Last Wednesday, the appellate court handed him a 17-year prison term and a fine of 13 billion won for his crimes. The latest decision is two years longer than the sentencing issued by the Seoul Central District Court in October 2018.

The appellate court also revoked his bail, immediately sending him back to a detention center. He had been out on bail since March 6 of last year due to health concerns.

Lee was indicted in April 2014 on charges of embezzling some 34 billion won from DAS, an auto parts company of which he is believed to be the de facto owner, and accepting eleven-point-nine billion won from Samsung Electronics in the form of retainer fees for DAS.
Share
Print
List