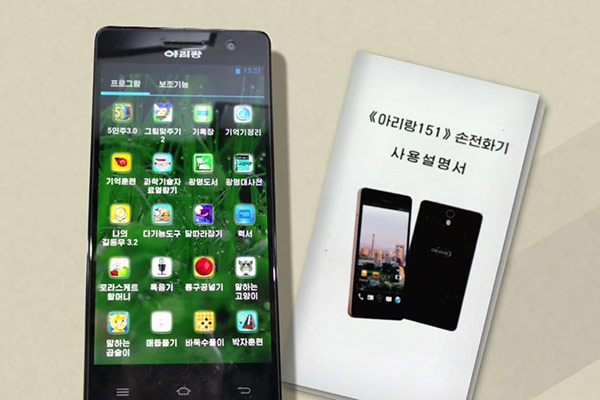 South Korea is also well known for its dominance in video game competitions, often called esports, which was featured as a demonstration sport at the 2018 Asian Games in Indonesia.

North Korea, meanwhile, has been dedicated to developing its own information and technology or IT industry, but is the communist country also interested in gaming?

In the early and mid-2000s, children from wealthy families in North Korea could afford to play games. Beginning in the 2010s, amusement arcades installed various games to attract students, who gradually came to enjoy gaming culture. Games have become more prevalent in the North after the number of mobile phone subscribers began to rise in 2014, with game programs making up one-third of the downloadable apps.

They were once enjoyed only by the privileged class in North Korea. But in line with the wider use of smartphones, games have become popular among the general public. Students often play games with their friends by using the Bluetooth function on their phones. It is said that North Koreans can enjoy many different kinds of games if they access the “Intranet,” a type of internal network, and pay certain fees.

Video game rooms are widespread in major cities including Pyongyang, and portable game consoles have been traded at private markets or jangmadang since the late 2000s. But it seems people mostly use their smartphones to enjoy games these days.

North Korean teenagers like to play fighting games using a joystick connected to a DVD player or a notebook computer, which they insert a disc into.

Computer games and DVDs have been brought in to North Korea from China since the 2000s, and teenagers who possess game consoles and rechargeable batteries have become the envy of others. So, why have games become increasingly popular in the North?

North Korea always claims that it is aiming to go global and catch up with international standards. Many North Koreans who have visited China or have relatives in South Korea can discover that people in those countries play games using their mobile phones. The discoveries may have motivated them to develop their own games.

The South Korean pop culture boom known as Hallyu has also contributed to the popularity of games in the North. While watching South Korean TV dramas or films, North Korean citizens can indirectly experience the South’s gaming culture. They are now well aware of the widespread appeal of the South Korean culture and economy and are trying to emulate the South’s games as they attempt to follow global trends in gaming.

In the past, even playing cards was considered illegal in North Korea. But today, it is common to see people downloading games on their mobile phones. Citizens, including students, can interact with one another and form relationships through games. On another positive note, I think games help players improve their brain power and gain knowledge in some way.

The craze for gaming in North Korea is attributed partly to outside factors. From the early 2000s, South Korean movies and dramas reached people in the communist country. Local residents were excited to see gaming scenes in some of those films and dramas, and more and more citizens became curious about games. The introduction of gaming culture and game devices from China was another factor that led to the spread of gaming in the country.

Domestically, North Korea’s policy of promoting IT education has also played a role in the development and popularity of games. Aiming to become an IT powerhouse, the North selects talented students and teaches them basic knowledge needed for software development, such as mathematical rules and algorithms. In fact, North Korea has developed its own smartphones, tablet PCs and gaming software as well.

A three-dimensional or 3D game featuring traditional martial art competitions is extremely popular in North Korea. The mobile game called “The Boy General” is a spinoff of the nation’s hugely popular animation series of the same name. Through martial art competitions, set in the ancient Korean kingdom of Goguryeo, players can channel their warrior spirit and also learn about history and traditional culture.

In 2015, the Associated Press reported that a smartphone game called “The Boy General” enjoyed great popularity in North Korea. 3D graphics technology was incorporated into the existing historical animation to create the mobile game, which reflected North Korea’s preference for creating something that would enhance historical awareness.

Another computer game that adopted 3D technology is a football simulator called “Soccer Fierce Battle” that shows techniques and trends present in modern-day football. North Korea recently released a mobile football game featuring the image of world-renowned football player Cristiano Ronaldo. Many other football stars that play in Europe appear in the game “King of Scoring 2019.”

It is similar to the famous “FIFA” video game series, which indicates that the North’s gaming industry is still trying to imitate other countries.

North Korea’s propaganda website “Meari”(메아리) recently reported that Moranbong has been well received in the nation as it can easily be installed and used in homes and offices. The website also disclosed some photos of how to use the device.

In addition, North Korea has released a variety of gaming apps, which let people identify different national flags, capitals and the location of countries, and solve riddles and questions about proverbs or song titles.

North Korea’s Arirang 151 smartphone contains various games, including car racing, the Korean board game baduk, which is also known as Go, and the game of untying knots. It also has a rubber gun shooting game, which is an imitation of the popular mobile game “Angry Birds.”

North Korea’s gaming industry is still in a nascent stage but is enjoying a boom thanks to the spread of smartphones. If and when the North gets sanctions relief and cooperates with South Korea, which boasts a high Internet penetration rate and has an advanced gaming industry, the two Koreas could possibly open a new frontier in the global IT industry.

(Next week, we’ll talk about gimjang or kimchi-making season in North Korea.) 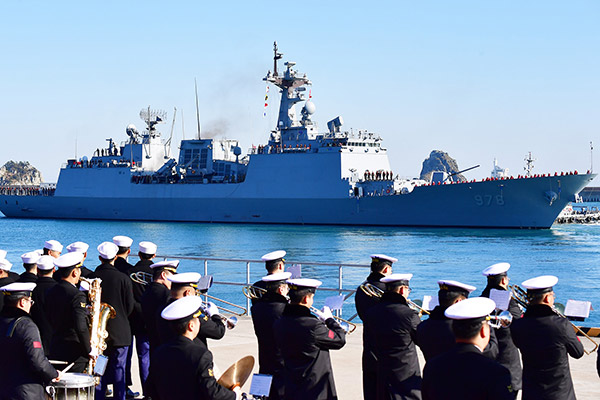