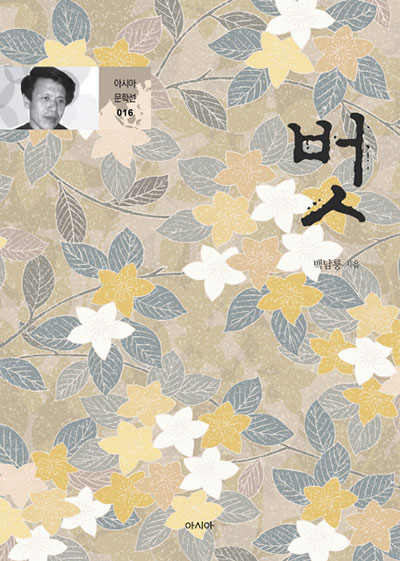 Late last year, the North Korean literary community was treated to a piece of great news. A North Korean novel entitled Friend written by author Paek Nam-ryong was selected as one of the best world literature of 2020 by the American library magazine, “Library Journal.” Released in 1988, the book was published in the U.S. in April last year with the translation of Emmanuel Kim, a professor at George Washington University. The novel revolves around a young, art group female singer who files a divorce lawsuit against her husband and a judge in charge of the lawsuit who looks back on his own marriage in the process.

Among North Korean literary works that had been created since the 1960s, Friend was the first novel featuring the theme of divorce. When the book was first released, it became very popular and drew a lot of attention. It was translated into French in 2011 to become the most sold “Korean novel” in France. In North Korea, it was adapted into a TV series titled “Family.” Initially, ten episodes were expected to be broadcast, but the program stopped after the ninth episode ended amid controversy over the appropriateness of the story.

Paek Nam-ryong is one of the leading authors in North Korea. Born in 1949, he started his literary career in 1979 by releasing a short story Servicemen in a literary magazine called “Chosun Literature,” which opened careers to many writers. Since then, he has published some 20 works, including short stories. Most of his books are considered controversial, as they depict everyday problems of people and their emotions in a realistic way. Friend attracted much attention because it also reveals the daily lives of North Korean people just the way they are. Reporter Kang explains the author in more detail.

He was born in Hamheung City in South Hamgyong Province. After graduating from high school in 1966, he worked at a machinery factory for ten years. His experiences as a laborer are fully reflected in his works. His books portray the real lives of local residents, such as their personal problems and stories, in detail, using an unrestrained narrative style. This is clearly different from banal North Korean novels. His works provide profound insight into universal questions of people and life. In solving problems in the stories, readers are not sidelined or taught. Rather, the writer struggles to find some common ground with readers.

Just like other North Korean writers, Paek also wrote books with the purpose of promoting the regime and glorifying the leaders’ achievements. It is said that he belongs to the elite group of writers known as the April 15th Literary Production Unit. The group was organized for the purpose of publishing books about heroic achievements of the nation’s ruling family. As a member of the writers’ group since the late 1980s, Paek has written several works praising the leaders. In October last year, for instance, he released Revival, which is the first novel about current leader Kim Jong-un’s achievements.

North Korean literature typically creates the image of the Supreme Leader by highlighting the loyalty to the leader and the party as well as the monolithic ideological system. During the era of Kim Jong-il, North Korean literature leaned heavily toward the theme of the military. The so-called “military-first literature” underlines the absolute status of the regime’s national defense and describes Kim Jong-il’s military achievements. North Korean literature in the 1990s often touches on the collapse of the socialist bloc and the country’s economic hardship during the Arduous March period. To overcome the difficulties, secure the legitimacy of the regime and bring people together as one, North Korea advocated military-first politics to put priority on the military and also stressed the importance of developing the military industry first. In doing so, the North Korean regime and its economy restored stability to some extent. “Military-first literature” emerged in the process.

Since Kim Jong-un came to power, however, North Korean novels have praised the leader in a different way. During the years of former leaders Kim Il-sung and Kim Jong-il, many literary works depended on the leaders’ authority and strong image. In contrast, Kim Jong-un has built his own image as a people-friendly leader.

The soft image came as a fresh change to North Korean residents, who had been weary of the military-first politics from the previous era.

A North Korean writer named Kim Ha-neul released a novel Eternal Bosom in March 2012. In the book, leader Kim Jong-un instructs officials to provide warm water and padded clothes to people who stayed outside in the cold weather to pay tribute to the deceased leader Kim Jong-il.

After Kim Jong-il’s death, North Korean literature focused on mourning the leader’s passing and justifying the power succession. When Kim Jong-un began to govern the country in earnest in the early 2010s, his image was created as a friendly leader. Literature stayed away from the military-first principle from the previous era but dealt with an improvement in people’s livelihood, the development of the light industries and the construction of amenities and houses. Under the current leader’s rule, North Korea has also shown great interest in agriculture. In a North Korean novel entitled Love This Land, for example, farmland that has been cultivated from generation to generation is on the brink of disappearing due to a new waterway. The farmer realizes the importance of farmland and defends it.

Riding on the inter-Korean reconciliatory mood created by the historic June 15 inter-Korean joint declaration in 2000, writers of South and North Korea launched the “June 15 National Literature Association” in 2006. It was the first group of writers from the two Koreas since national division. In February 2008, the group published its official organ “Reunification Literature,” which was the first literary magazine jointly issued by writers of the two sides. The magazine was released once every six months until March 2009, with the third edition being the last one.

Unfortunately, there are no signs of inter-Korean literary exchanges amid the deadlocked cross-border relations. The two Koreas once carried out a project to jointly compile a Korean dictionary. Like this joint project, it will be great if research institutes from the two sides will conduct and expand literary exchanges across the border.

We can’t help but wonder if South Korean novels can reach readers in North Korea. It is difficult to expect any literary exchanges between the two sides for now, due to their strained relations. Still, we hope the South and the North will become a true “friend”, like the title of Paek’s novel, and share their novels with each other.