N. Korea Appears to have Restarted Key Reactor in Yongbyon 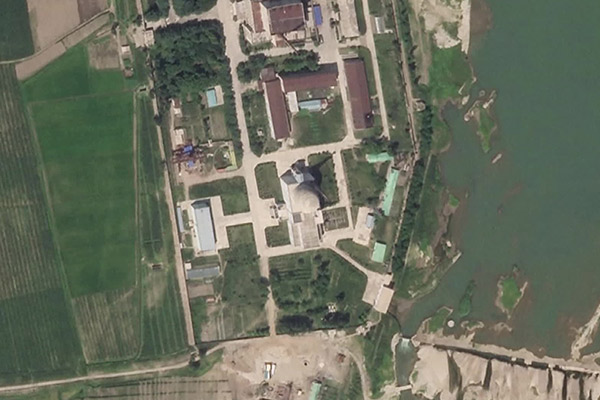 A U.S. website specializing in North Korea analysis reported that the country appears to have restarted the five-megawatt reactor in its Yongbyon nuclear complex.

The website said the images show a discharge of cooling water into a new outflow channel leading into the Kuryong River. The discharge has been a key indicator of reactor operations historically. However, the report was quick to add that no steam was spotted coming from the generator building, unlike in the past.

38 North also said that work has continued for several months on a dam in the Kuryong River to create a reservoir of water for the Reactor and Experimental Light Water Reactor(ELWR), which appears to have been completed though there have been no signs of operations.

This report comes after the International Atomic Energy Agency(IAEA) said North Korea appears to have resumed production of plutonium in its Yongbyon nuclear complex.

In a report issued on Aug. 27, the agency said that since early July, there have been indications consistent with the operation of the plant, including the discharge of cooling water.

The reactor is a key facility of the North’s nuclear program and spent nuclear fuel is reprocessed there to separate plutonium, which is a key element in making nuclear weapons.

The White House on Monday reaffirmed that the U.S. continues to seek dialogue with North Korea to discuss issues related to denuclearization.

White House spokesperson Jen Psaki said in a press briefing that the U.S. is well aware of the IAEA report, adding that it “underscores the urgent need for dialogue and diplomacy" to achieve the complete denuclearization of the Korean Peninsula.

The spokesperson said the U.S. "continues to seek dialogue" with the North so it can address this reported activity and the full range of issues related to denuclearization.

She added that Washington and its allies and partners are in close coordination on developments related to North Korea.