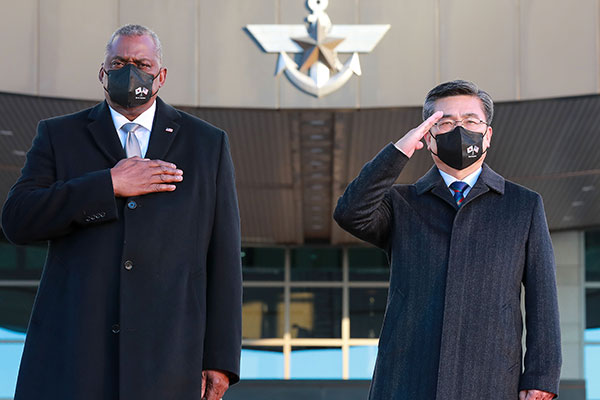 South Korea and the U.S. have agreed to update their wartime contingency plans to counter North Korea's rising nuclear and missile threat.

The new guidance will upgrade countering capabilities of the existing operations plan(OPLAN) 5027 and 5015 against North Korea's nuclear and missile threat. It is their first upgrade of the plans in 11 years.

Minister Suh also said the two allies agreed to relocate the Combined Forces Command headquarters from Yongsan to Pyeongtaek within next year.