U.S. Continues to Urge North Korea to Move Toward Denuclearization 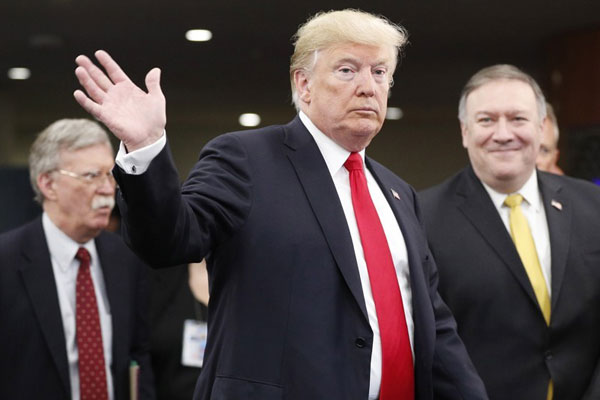 While making it clear that he won't take issue with Pyongyang's recent firing of short-range missiles, U.S. President Donald Trump called on North Korean leader Kim Jong- to step towards .

During a news conference following the summit with Japanese Prime Minister Shinzo Abe in Tokyo on Monday, Trump stressed that Kim is smart enough to know his country is the only way.

"He knows that with nuclear, that's never going to happen. Only bad can happen. He understands that. He is a very smart man. He gets it . So I think that he is going to try at some point, I'm in no rush at all. The sanctions remain."

Prime Minister Abe said during the news conference that Washington and Tokyo are in sync when it comes to North Korea, but they are apparently at odds over the missile issue.

"North Korea's May 9 short-range ballistic missile launch violates the U.N. and it is extremely regrettable, as I repeatedly said so. At the same time, I would like to again express my respect in the new approach taken between President Trump and Chairman Kim."

" of me say that I think that Kim Jong- or Chairman Kim, as some people say, is looking to create a nation that has great strength economically. I think he's very much - I talk to him a lot about it and he's very much into the fact that he believes, like I do, that North Korea has tremendous economic potential, like perhaps few other developing nations anywhere in the world. And I think that he is looking to develop that way. "

During the joint news conference, Abe also highlighted his determination to meet one-on-one with Kim to discuss the Japanese abductee issue.