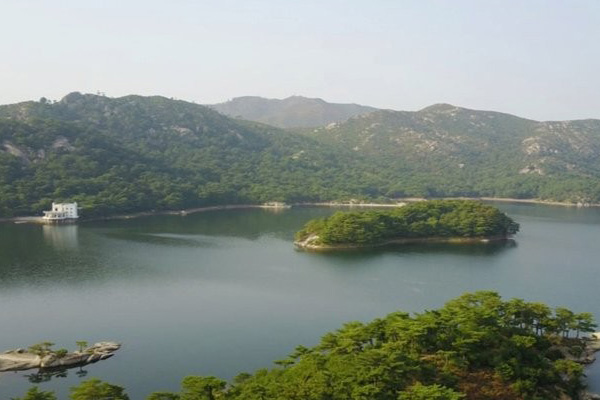 Early this month, the South Korean government asked North Korea if its officials could visit Mt. Geumgang in the North to check the South Korean facilities at the resort. But the North has given no response to the proposal, which bodes ill for the long-suspended inter-Korean tourism project. Here’s Professor Cho Jin-gu at the Institute for Far East Studies at Kyungnam University, with more.

On October 23rd, North Korea’s state newspaper the Rodong Sinmun reported that leader Kim Jong-un inspected the Mt. Geumgang tourist area. During his “field guidance” to the mountain resort, Kim ordered the removal of all the unpleasant-looking South Korean facilities that had been left unattended for a long time. The leader also said that the tour program was no longer a symbol of inter-Korean cooperation and that it was wrong to depend on South Korea for the project. But he added that the South Korean people would be welcome at the resort.

Two days later, on October 25th, Pyongyang proposed discussing the issue in writing. On October 28th, Seoul offered to hold working-level talks to discuss the matter. But the following day, the North insisted on document exchanges again. Apparently, North Korea had no intention of meeting face-to-face with the South from the beginning. On November 5th, the Seoul government offered to send a delegation to Mt. Geumgang to inspect the infrastructure in the tourism zone, but the North has remained silent.

The South Korean government has consistently suggested dialogue to North Korea since Kim Jong-un’s order last month to demolish the facilities built by South Korea at Mt .Geumgang. On November 10th, the presidential office in Seoul mentioned the need to redevelop the facilities at the North Korean mountain resort, saying that it will take this occasion as an opportunity to prepare for the resumption of the tourism project.

However, North Korea has been doggedly sticking to the position that it will only discuss the issue of the removal of the South Korean facilities in the form of document exchanges.

North Korea has stressed the importance of self-reliance to fight sanctions. It has also shown confidence that it can construct its own international tourist zone at Mt. Geumgang.

However, the nation is faced with many difficulties as a result of drawn-out sanctions. For example, it has been having trouble in securing sufficient construction materials to build hotels and other tourism facilities.

In this situation, I think North Korea will wait and see how Seoul will react. Of course, South Korea hopes to resume the tours to the scenic North Korean mountain. But it should also consider the U.N. sanctions on North Korea. While monitoring South Korea’s attitude, Pyongyang may make specific plans domestically to link Mt. Geumgang tours with the Masik(마식) Pass ski resort or with the Wonsan(원산)-Kalma(갈마) coastal tourist area, as part of its five-year economic development strategy.

The resumption of the cross-border tour program was one of the major topics at the inter-Korean summit in September last year. North Korean leader Kim Jong-un also reiterated his desire to restart the tour business during his New Year’s speech early this year.

But North Korea is now pressuring the South through its tough stance on the tour program. This is probably because inter-Korean relations have not moved forward since the second North Korea-U.S. summit in Hanoi ended without an agreement, while the resumption of the tour project has not even been discussed amid the international sanctions placed on Pyongyang.

Since there has been little progress in the nuclear negotiations with the U.S. and economic cooperation with South Korea, the North may have chosen to survive on its own through tourism, which is not subject to the economic sanctions imposed by the U.N.

It is not entirely impossible for North Korea to build or renovate tourism facilities, although sanctions make it difficult to predict exactly when it can complete the work. But North Korea has to think about this.

Who will visit Mt. Geumgang, other than South Koreans? The North should make lots of efforts to make the mountain appeal to foreigners. North Korea could renovate the tourism zone on its own, but I think it will be difficult to actually draw tourists to the mountain, without cooperation from South Korea. From a foreigner’s point of view, North Korea is not really an attractive country. Mt. Geumgang has special meaning to the South Korean people, who have an ardent wish to travel to the legendary mountain across the border. But that’s not the case with foreigners.

North Korea has promoted its plan to build its own international tourist zone at Mt. Geumgang as of late. In reality, however, the North will find it difficult to exclude South Koreans from the tours. If Pyongyang makes a unilateral move to expel Hyundai Asan, the South Korean tour operator that invested hundreds of millions of dollars into the tourism business, foreigners will be skeptical about taking tours to North Korea. This negative perception will make it hard for the isolated regime to draw foreign capital or tourists from overseas. Of course, this is not what North Korea wants. In fact, the reclusive country has increasingly recognized the value and importance of tourism, investing money and resources in this industry.

With the dream of becoming a tourist country, North Korea may actually tear down South Korean facilities at Mt. Geumgang and build new ones. As a solution, individual tours to the mountain are being considered.

Individual trips might be taken into account as an alternative. The governor of South Korea’s Gangwon Province Choi Moon-soon(최문순) has delivered a letter to U.S. Vice President Mike Pence during his recent trip to Washington to ask the U.S. to allow South Korean tours to the Wonsan(원산)-Kalma(갈마) area in the North.

When it comes to individual tours, there are various things to consider.

The biggest problem is, of course, the sanctions against North Korea. South Korea needs to discuss the matter with the U.S. at working-group meetings and obtain Washington’s consent. But without discussions between the two Koreas, it will be difficult to execute the plan.

The U.N. sanctions against North Korea do not directly ban the Mt. Geumgang tour program. But the problem is the inflow of a large amount of cash into North Korea through the group tours and heavy equipment entering the country for renovations of tourism facilities. In the case of individual tours, a small amount of fees will be paid at local tourist spots. But even individual trips are still within the framework of sanctions. That’s why discussions with the U.S. are essential.

Meanwhile, on Sunday, South Korean Unification Minister Kim Yeon-cheol will make his first visit to the U.S. since taking office.

The Unification Minister needs to deliver the Seoul government’s position to the U.S. and seek Washington’s understanding, as this issue of the cross-border tour project cannot be resolved without cooperation between South Korea and the U.S. He needs to explain to the U.S. what the North Korean mountain means to the South Korean people. It is not just a tourist site but a reunion venue for families separated by the Korean War. I think the U.S. may understand the situation on humanitarian grounds.

It remains to be seen if the South Korean government’s efforts to resume the inter-Korean joint tour program will lead to face-to-face talks with North Korea and a change to Washington’s view regarding the sanctions on Pyongyang.