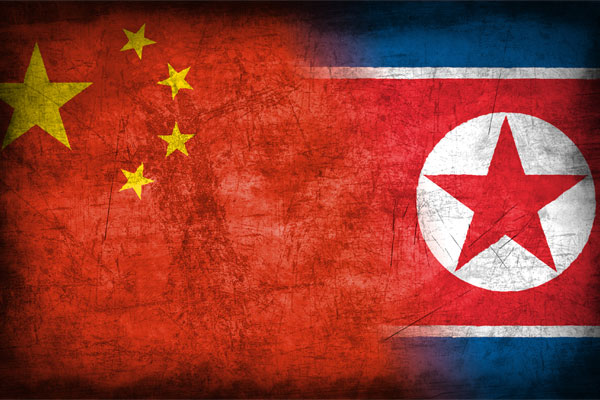 July 11 marked the 60th anniversary of the signing of the North Korea-China Treaty of Friendship, Cooperation and Mutual Assistance. North Korean leader Kim Jong-un and Chinese President Xi Jinping exchanged messages to express their commitment to further strengthening the relations between their countries.

On July 9, Pyongyang invited Chinese ambassador to North Korea Li Jinjun to a banquet, presided over by First Vice Chairman of the State Affairs Commission Choe Ryong-hae, to demonstrate a close relationship between the two countries. Here is political commentator Lee Jong-hoon to explain the implications of the 60th anniversary of the North Korea-China friendship treaty.

We need to consider the current diplomatic situation. Conflict between the U.S. and China is escalating, while North Korea is making great efforts to gain the upper hand at future negotiations with the U.S. Timed with the treaty anniversary, both North Korea and China highlight their friendship in an apparent bid to use each other as leverage in their own negotiations with the U.S. The recent banquet in Pyongyang and the exchange of messages between Kim and Xi could be understood in this context.

The North Korean message used rather strong expressions, such as “the hostile forces’ challenge and obstructive moves” and “unprecedentedly complicated international situation.” The Chinese message, in contrast, focuses more on pragmatic relations, as seen in phrases such as “strategic communication” and “development of the economy and people’s lives.”

The two countries share the view that they should develop their friendship and respond to a changing environment in cooperation. Clearly, both sides regard the U.S. as a common threat.

But they differ in how they should approach the U.S.  North Korea stresses socialism and ideological intimacy with China, while expressing strong discontent over the U.S.  China, on the other hand, refrains from directly criticizing the U.S. because it has already clashed with the U.S. in many areas. China seems to believe that it is not proper to extend conflict with the U.S. unnecessarily over the North Korean issue. North Korea, for its part, needs to raise its negotiating power as much as possible before nuclear talks with the U.S.  The North seems to use the treaty anniversary as a means of pressuring the U.S., as part of its typical brinkmanship tactic.

Since the signing of the mutual friendship treaty in 1961, North Korea-China relations have advanced or worsened, influenced by global politics. Their relations faced a crisis in August 1992 when China established diplomatic ties with South Korea. The death of former North Korean leader Kim Il-sung in 1994 resulted in a rupture in the top leaders’ friendship, which had propped up the bilateral relations.

The collapse of the former Soviet Union disrupted the socialist bloc overall. China also implemented the policy of reform and openness in earnest. The situation made North Korea nervous, as it still maintained a socialist system. After Kim Il-sung’s death, his successor Kim Jong-il chose to develop nuclear weapons, which he believed would guarantee the survival of the regime. But China didn’t want North Korea to possess nuclear weapons. It felt the need to put pressure on the North in cooperation with other powers. As a result, Pyongyang-Beijing relations entered a phase of tension and conflict. Aid from China was not enough, and North Korea chose “self-reliance,” which led to extreme economic difficulties known in North Korea as the “Arduous March.”

Beginning in the 2000s, North Korea-China relations began to restore slowly. Kim Jong-il believed that it would be necessary to gain recognition from China so his successor could govern the country in a more stable way.

North Korea-China relations began to improve again after North Korea declared the completion of the state nuclear force in 2017.

In 2017, North Korea declared that it had completed its state nuclear force. Whether it was true or not, China recognized North Korea’s strong and consistent commitment to nuclear weapons development and began to manage its communist ally. Kim Jong-un made his first visit to China in March 2018, seven years after he came to power. Afterwards, he visited China three more times until January 2019. Xi Jinping also made a trip to North Korea in June 2019, marking the first North Korea visit by a Chinese leader in 14 years. Even though China was not entirely happy with North Korea, it needed to maintain close relations with its ally because it could use North Korea as leverage in negotiations with the U.S.  When North Korea seemed to get close to South Korea or the U.S., China would intervene in the process, in a strategic move to drive a wedge between the two Koreas or between the North and the U.S.

China seeks to embrace North Korea, which has a higher strategic value now, while North Korea intends to use China when mapping out a strategy for negotiations with the U.S. For North Korea-China relations, strategic interests now comprise a more important basis than their blood alliance.

Both North Korea and China have to negotiate with the world’s superpowers, namely, the U.S.  The U.S. is their common enemy, but dialogue partner as well. That’s why they find it necessary to raise their bargaining power against Washington to the maximum. In the process, Pyongyang and Beijing can support each other and use each other as leverage. For that reason, they will likely maintain good relations.

But the close link between North Korea and China means that the U.S. and South Korea have to consider more factors and therefore engage in more complicated negotiations. As an economic and military power, South Korea needs to make the most of its own leverage and take a strategic and calculated approach.

North Korea-China relations are not just a matter of the two countries, but they should be understood in the context of complicated international politics. Their relations have a direct influence on diplomacy surrounding the Korean Peninsula, so South Korea needs to come up with a more carefully-planned strategy to deal with regional diplomacy. 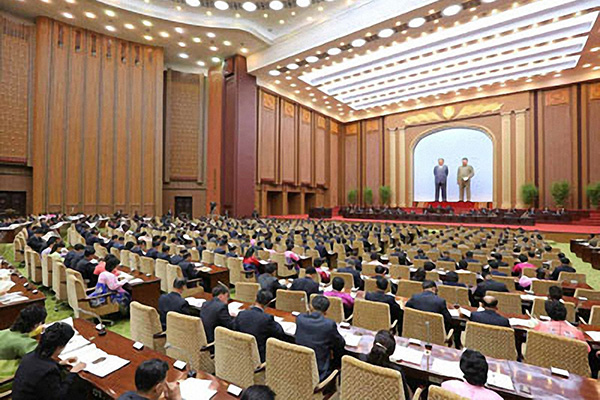 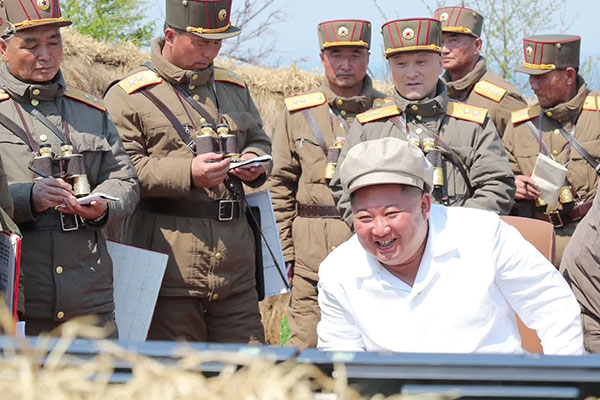