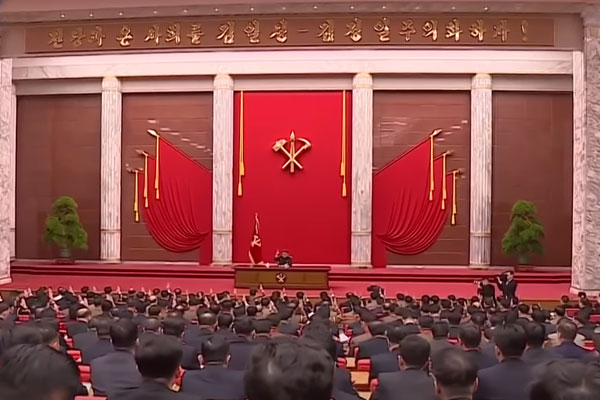 The Korean word of “sinso” is roughly translated as “complain” or “petition.” North Korea runs the “sinso” system to allow citizens to voice their complaints against high officials or institutions that infringed on their rights by committing illegal acts. It is the North Korean version of sinmungo, which refers to a drum that commoners used to lodge complaints during the Joseon Dynasty.

Here is Hong Min, researcher at the Korea Institute for National Unification, with more.

In North Korea, if citizens find that their rights were undermined or they suffered from something unfair as a result of unjust acts of officials in organizations they belong to, and if they do not believe the problems can be resolved internally, they can submit petitions to relevant agencies or particular officials. In principle, petitions and petitioners are not open to the public, and the authorities are required to process the petitions quickly and rightly. Contrary to its initial intent, however, North Korea’s petition system has often been exploited for political or personal purposes.

During a politburo meeting of North Korea’s Workers’ Party in November last year, leader Kim Jong-un lashed out at officials, with a stiff expression on his face. It is rare that such a scene was broadcast. At the time, local media agencies said that the meeting touched on how to root out non-socialist acts, noting that the party committee of Pyongyang Medical University committed a serious crime.

Sources say that four male students at Pyongyang Medical University sexually abused female students repeatedly and demanded sexual favors from them. Unable to endure the pain any longer, one of the victims committed suicide. Her mother first appealed to the university’s party committee to punish the male students involved. But the university did nothing. The disappointed mother petitioned to the Ministry of Social Security branch in the central district where the university is located. While the authorities must process petitions and inform the petitioner of the result, the branch gave no response to the mother. The frustrated woman then delivered a petition to the central party. In the process, the story reached the ears of Jo Yong-won, one of leader Kim Jong-un’s close aides and then-first vice director of the party’s Organization and Guidance Department. Jo believed that it was a serious problem and he told the leader about the story. That’s how the petition reached the top leader.

At the time, some 60 people involved in the incident were demoted. At the eighth party congress in January this year, petition handling was discussed as a major issue. Leader Kim Jong-un ordered the central party to supervise complaints and petitions, while a new department was created to deal with complaints and petitions more effectively.

For North Korean citizens, the Pyongyang Medical University incident is greatly significant. If the case was simply buried, people would have thought that ordinary citizens are always exploited by those in power, although the country advocates the people-first ideology. But the leader clearly showed to the public that the people are the masters of society and even high officials will be punished for their wrongdoings. This is very important in the leader’s ruling principle, and that’s why Kim Jong-un urged his officials to strengthen the petition system, not just in formality but in practicality. The petition letter of the victim’s mother was repeatedly ignored by officials. The leader showed his strong determination to eradicate a sense of any kind of entitlement. That is, he declared war against corruption and unfairness.

North Korea enacted the petition law in 1998. But the petition system was nothing new at the time. Actually, North Korea’s Constitution back in 1948 states that citizens have the right to submit petitions and make complaints to the organs of state power.

During the early years of former leader Kim Il-sung, books and official documents mostly focused on what the leader had done for his people. The country badly needed public support to secure internal solidarity, and the petition system was considered highly important in governing the nation, in light of direct communication between the leader and the people.

During the period, North Korea punished many people accused of pro-Japanese collaboration or espionage. In most cases, the punishment was the result of petitions. If a petition was put up against someone for pro-Japanese acts, that person was subject to thorough investigation right away as well as a purge. Kim Il-sung actively used the petition system as an important means of eliminating his opponents and strengthening his power. The same was true of his successor Kim Jong-il. Petitions often justified major purges.

It does not seem North Korea’s petition system has functioned as intended. In addition to the complicated procedures, petitions are not resolved appropriately in most cases. Therefore, even if something unfair happens, not many citizens actually go as far as to file a petition.

Once a petition is submitted, an investigation is conducted. Depending on the result of the investigation, those involved might be punished, removed from office or even deported. Petitioners are afraid of the aftermath of their petitions. Petitions should be processed correctly in accordance with rules, but in reality, that’s not the case in North Korea. Even if a petition is submitted to an organization, it rarely goes to a higher institution. Rather, the petitioner might be pressured so the case can be closed within the organization. Those who have a petition-related experience in North Korea say that locals are generally reluctant to file a petition because it may backfire. It is not a very useful system.

North Korean media agencies have stressed the country’s one-man leadership centered on Kim Jong-un lately, saying that 2021 will be the most shining year of his ten-year rule. And the people-first ideology comprises the key of his leadership. North Korea puts so much emphasis on the petition system in an apparent bid to highlight the leader’s people-first politics.

But it is questionable if complaints and petitions will prove effective in ending corruption, easing public discontent and strengthening internal unity.

If North Korea continues to be exposed to difficulties, public dissatisfaction may deepen further. In this situation, leader Kim Jong-un has to show his affection to the people. To make the people feel his affection, he seeks to reinforce the petition system and listen to their voices so they will not feel victimized or have grudge.

On top of the operation of the petition system, North Korea should also listen to international concerns over its human rights situation.