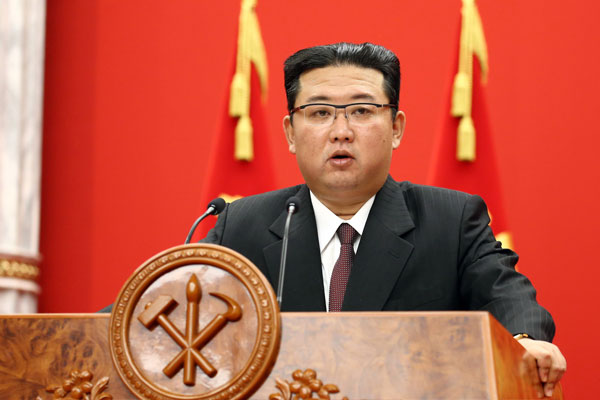 North Korea held the “Defense Development Exhibition Self-Defense 2021” on October 11. Local media reported that the exhibition displayed an array of weapons that have been developed for the last five years to demonstrate the country’s strong military power. It seems the event unveiled a number of new missiles, in particular, which North Korea has recently tested. Leader Kim Jong-un said that the exhibition, just like a large-scale military parade, demonstrated the country’s national power.

Here is Hong Min, researcher at the Korea Institute for National Unification, to explain why North Korea chose to hold an exhibition, not a military parade, to commemorate the founding anniversary of the Workers’ Party.

North Korea held the exhibition in the form of an arms fair. In fact, arms fairs are held in various parts of the world, including Russia, China, the U.S. and South Korea. North Korea’s recent exhibition is not unique to the country and therefore does not intimidate other countries.

A large number of people and weapons are mobilized for a military parade, which might seem too aggressive or threatening to the outside world. Also, the one-time event is shown to a limited number of people in Pyongyang. An exhibition, on the other hand, could be held for a certain period of time to draw not only Pyongyang citizens but people from across the country, so it can achieve a greater propaganda effect. The exhibition also had the purpose of showing the country’s advanced weaponry and its commitment to constant weapons development, while not upsetting the outside world.

Analysts say that North Korea wanted to underline the need to strengthen its defense capabilities both inside and outside the country through an exhibition, which is considered a normal economic activity in the international community. According to the North’s official Korean Central News Agency, leader Kim Jong-un said in his speech that strengthening military power is for self-defense, not for a war on the Korean Peninsula.

Kim Jong-un made it clear that weapons development is not targeted at a specific country like South Korea or the U.S. but is aimed at increasing war deterrence. It is very unusual that the North Korean leader directly mentioned the U.S. and South Korea when explaining the purpose of its military buildup. Speaking of war deterrence, North Korea stresses that its weapons development is not negotiable but should be understood in the context of self-defense. What North Korea is trying to say is that it will continue to develop strategic weapons, apart from its relations with South Korea or the U.S.

During the eighth congress of the Workers’ Party in January this year, North Korea unveiled a five-year plan for the development of the defense science and the weapons system. In line with the plan, the North said that it was working on the development of new weapons, including tactical nuclear weapons and a nuclear-powered submarine.

Intelligence authorities and researchers assume that North Korea implemented a four-year military development plan in 2013, scheduled for completion in 2017. During the period, the North focused on the development of intermediate-range and long-range missiles. On November 29, 2017, North Korea launched a long-range Hwasong-15 missile that has a range of over 13,000 kilometers and declared the completion of its nuclear force. It appears North Korea finished the first-phase of defense development at the time. As an extension, the five-year military development plan is designed to develop and modernize the weapons further.

Meanwhile, North Korea is criticizing the international community for employing double standards against Pyongyang. Noting that other countries carry out policies to strengthen their defense capabilities, the North argues that it is unfair that its own such policy is defined and denounced as a provocation. During the opening ceremony of the recent defense exhibition, leader Kim Jong-un criticized South Korea for identifying his country’s efforts to enhance military power as a provocation and threat. He then urged Seoul to withdraw its double-dealing attitude. He made similar criticism during his policy speech at the recent Supreme People’s Assembly.

North Korea first used the term “double standards” in March this year, when it test-fired a new-type tactical guided projectile. Watching the response from South Korea and the U.S., the North criticized them for their double standards. Pyongyang said that the international community says nothing about the U.S. and France, which seeks to boost their nuclear force, but regards North Korea’s weapons development for self-defense as a provocation. The North called it “double standards.”

North Korea has used the term frequently as of late, indicating that it will continue to develop strategic weapons. Pyongyang’ recent move to create a mood for better relations with Seoul seems to be aimed at offsetting its commitment to weapons development.

North Korea justifies the series of its missile test-launches as the right action to enhance its defense capabilities. It claims that the missile tests are not military provocations but a part of its five-year military development plan that started this year. Judging from North Korea’s attitude, it is likely that the country will continue with weapons development, at least for the next five years.

Notably, North Korea fired missiles timed with South Korea’s testing of a submarine-launched ballistic missile last month. Similarly, North Korea is expected to test its own weapons around the time when the U.S. or South Korea carries out military training or weapons tests to block Washington and Seoul from taking issue with Pyongyang’s action.