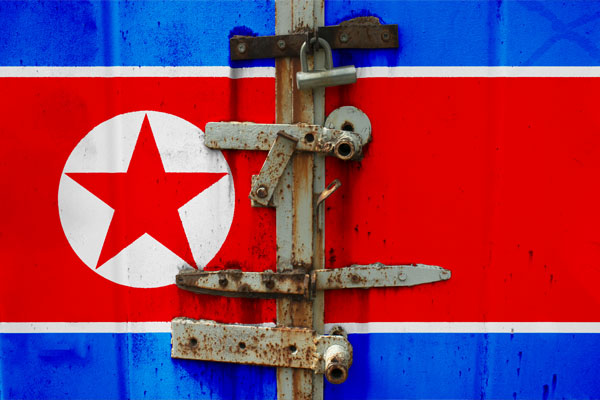 It’s been over a year since North Korea shut down its borders. Due to the drawn-out border closure, the North Korean economy continues to worsen. Trade with China, which is North Korea’s biggest trading partner, has been completely blocked, while international aid has not entered the North, making the domestic situation even more serious. Here is Oh Gyeong-seob from the Korea Institute for National Unification to explain.

Diplomats residing in North Korea say that it’s difficult to get daily goods and the country suffers a serious shortage of electricity due to the border closure. According to the United Nations Children’s Fund or UNICEF, North Korea ran out of polio vaccines for the first time last year.

As a result, the vaccination rate is expected to decrease sharply. Amid the prolonged shutdown of the border between North Korea and China, bilateral trade has decreased drastically and the North finds it very difficult to bring in raw materials and daily necessities. The lack of raw materials has disrupted factory operations, deteriorating public livelihoods. Statistics show that trade between North Korea and China fell a whopping 80.7 percent to 539 million US dollars last year from 2.7 billion dollars in 2019. In a word, the North Korean economy has faced a serious crisis since the border shutdown.

Starting this month, North Korea has shown signs of easing its strict border controls, which have been in place for over a year. For instance, the 13th plenary meeting of the 14th Supreme People’s Assembly unanimously passed a law on March 3, calling for all imported goods to be disinfected.

The disinfection law requires all imported goods to be thoroughly sprayed with disinfectants and imposes heavy penalties on violators. Of course, the stricter quarantine measure is aimed at preventing the virus from entering the country. North Korea may also have found it necessary to manage imported goods legally and systematically. Through this measure, the North may possibly increase imports in order to improve the local economy. While the possibility of resuming people-to-people exchanges is low for now, North Korea may increase exchanges of goods gradually.

While the Pyongyang Marathon 2021 has been cancelled recently, Koryo Tours specializing in tourism to North Korea is selling tour packages scheduled for July.

With North Korea moving to attract foreign tourists, some cautiously predict that North Korea may reopen its border around July.

The border still remains closed, but Koryo Tours has posted three tour packages to North Korea on its website. One targets those hoping to travel to North Korea during their summer vacations in July and the other two are scheduled for July 27, which is celebrated in North Korea as victory day. Considering the current COVID-19 situation, it is uncertain whether the tour agency will actually offer the packages as planned. Despite the uncertainties, North Korea still continues to develop and sell tour packages. This indicates that the country is deeply interested in tourism and is committed to tackling the economic difficulties and earning foreign money by promoting the tourism business. For North Korea, drawing foreign tourists is the only legal means of bringing in foreign currency, with international sanctions still in place.

On March 2, the COVAX Facility, which is a global vaccine distribution program, said that it would deliver some 1.7 million doses of AstraZeneca vaccines to North Korea through May. Attention turns to whether North Korea will reopen the border to receive the vaccines. Some speculate that the vaccination plan is a preliminary step to loosen border restrictions.

North Korea will be provided with 1.7 million and 4,000 doses of AstraZeneca vaccines, enough to inoculate about 852-thousand people or 3 percent of the country’s total population under a two-dose treatment. The vaccines are likely to be administered to high officials of the party, the government and the military first. However, I don’t think the vaccination will prompt the country to relax border restrictions, because at least 70 percent of the population should be inoculated with vaccines in order for North Korea to reopen its border.

Meanwhile, the Tongchuan city in China’s Shaanxi Province has recently mentioned the China visit by Shin Yong-nam, the president of a state-owned enterprise specializing in crude oil under North Korea’s ministry of chemical industry. Shin was introduced by the North’s official Rodong Sinmun newspaper as a patriot who made a great contribution to the independent development of acrylic paint technology. The rare China visit by a North Korean representative of a state-owned firm is interpreted by some as North Korea’s preparations to resume trade with China.

At present, the North Korean economy is in a very difficult situation, with trade between the North and China shrinking about 80 percent since the border shutdown. North Korea is in desperate need of increasing the imports of raw materials and daily necessities gradually, although it may not resume personnel exchanges right away.

Construction of the New Yalu River Bridge that connects the Chinese border city of Dandong with North Korea’s northwestern city of Sinuiju had long been suspended. But the two countries are reportedly preparing to open the bridge in earnest. The bridge, if opened, will certainly reinvigorate bilateral trade. The resumption of trade activities will help North Korea avoid the worst-case scenario. But Pyongyang is still under international sanctions, which have basically crippled the local economy. To get sanctions relief, North Korea needs to show a more sincere attitude toward its nuclear negotiations with the U.S.

As North Korea seems to be preparing for exchanges with the outside world, some expect that the stalled inter-Korean talks as well as North Korea-U.S. dialogue may resume sooner or later. We’ll have to carefully watch how North Korea’s moves may influence diplomacy surrounding the Korean Peninsula.