N. Korea Ramping up Pressure on the U.S. 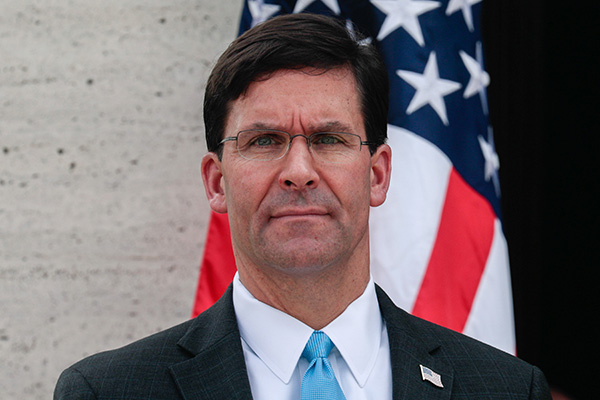 With about a month left before the year-end nuclear negotiation deadline set by North Korea, Pyongyang and Washington are waging a war of nerves yet again.

On November 17th, South Korea and the U.S. decided to postpone their combined military exercises, urging North Korea to return to denuclearization talks without any conditions.

On the same day, U.S. President Donald Trump also tweeted a message to his North Korean counterpart Kim Jong-un, calling for him to speed up the process of the nuclear negotiations. However, the North has been pressuring the U.S. to withdraw its hostile policy towards Pyongyang. Here is Professor Chung Dae-jin from the Institute of Unification at Ajou University with more.

Apparently, Trump doesn’t want to break off negotiations with Kim altogether but he has also left room for a shift to a hard-line stance against North Korea. In his recent Twitter message, he urged Kim to act quickly and get a deal done, reaffirming his commitment to dialogue with the North Korean leader. Trump also said that he is “the only one” who can get Kim to where he has to be. This implies that if Kim fails to negotiate with Trump now, he won’t get what he wants at future negotiations. In other words, negotiations will become more difficult if North Korea fails to meet Washington’s demands. In his message, Trump expressed his commitment to talks and indirectly put pressure on North Korea at the same time.

Trump took to Twitter to mention Kim Jong-un and North Korea for the first time in three months since early August when he said that he received a letter from Kim. The message last weekend came about ten hours after South Korea and the U.S. announced the postponement of their combined air exercises. While the year-end deadline North Korea set for a new U.S. proposal is approaching, Pyongyang is maintaining its hard-line stance. Under these circumstances, Washington seems to have highlighted the possibility of resuming negotiations with the North. Pyongyang gave a quick response to Trump’s message by releasing a series of aggressive statements.

North Korean officials such as Kim Kye-gwan(김계관), an advisor to the Foreign Ministry, and Kim Yong-chol(김영철), chairman of the North’s Korea Asia-Pacific Peace Committee, said that the North would join the negotiations only after the U.S. drops its hostile policy. For North Korea, the U.S.’s withdrawal of its hostile policy means an end to the South Korea-U.S. combined military exercises, sanctions relief and more. The North is saying that it may engage in dialogue when the U.S. shows a sincere attitude toward these issues. Now that Pyongyang has demanded Washington’s abandonment of its hostile policy as a precondition to resuming talks, I think their negotiations are facing another obstacle.

North Korea did not specify exactly what the “hostile policy” is, but it appears to cover a wide range of issues including the ROK-U.S. joint military exercises, the introduction of high-tech weapons to South Korea by the U.S., sanctions against Pyongyang, and the human rights situation in the North. North Korea is warning the U.S. not to even dream of negotiations until it completely withdraws its hostile policy.

The U.S. has maintained that North Korea should denuclearize itself first. In a tit-for-tat move, the North now insists that the U.S. should withdraw its hostile policy first. Even if North Korea agrees on a denuclearization roadmap and accepts nuclear inspections, it doubts that the U.S. will keep its promise because they have yet to build mutual trust. North Korea claims that it has gained nothing from the U.S. even though it actually took measures to dismantle its nuclear facilities. Now, the North is strongly requesting the U.S. to take corresponding measures like an end-of-war declaration, the establishment of a liaison office or the temporary suspension of the South Korea-U.S. joint military drills. North Korea is making more demands in order to get as much as it can.

At the Hanoi summit between the two countries in February, Pyongyang suggested a phased, synchronized approach to denuclearization, while Washington called for a one-shot big deal. But the statement released by Kim Yong-chol on Tuesday shows that North Korea is now requesting even more. Attention turns to why the North is ramping up the pressure on the U.S.

In the U.S., the primaries begin in February of next year. Trump is in a difficult situation domestically amid the impeachment moves against him and his low approval rating. The U.S. president has consistently touted North Korea’s suspension of nuclear and long-range missile tests as a diplomatic achievement. But North Korea said in a recent statement that it would get due compensation for every achievement the American president has boasted of. In other words, if Trump wants to continue to keep North Korea from conducting nuclear and missile tests, he should take specific, reciprocal measures such as a sanctions exemption or security guarantee.  If not, the North is saying that it will seek a new path, as it has warned before, and resort to nuclear and missile provocations again to offset the effect of what Trump claims are his achievements.

North Korea seems to be increasing pressure on Trump by exploiting his domestic political situation, in a bid to gain as much as it wants from the U.S. As the North is making an all-out effort to elicit a change of attitude from the U.S., the two sides are expected to continue their tug-of-war for some time.

It would be difficult for the North and the U.S. to hold working-level talks anytime soon, not to mention another summit. While the U.S. is trying to make contact with North Korea through Sweden, the North wants direct dialogue with the U.S. Washington remains unchanged in its position that a well thought out plan should be mapped out at working-level talks before a summit is held.

In contrast, Pyongyang is hoping to devise a denuclearization roadmap quickly through direct negotiations and receive sanctions relief and a security assurance in return. Since both sides are refusing to budge an inch, it is hard to expect a working-level meeting that will lead to a summit within this year, unless there is a surprising development.

North Korea has sent messages to the U.S. as many as seven times during the past week. How Washington will respond to Pyongyang’s strong pressure will likely determine the course of future negotiations.