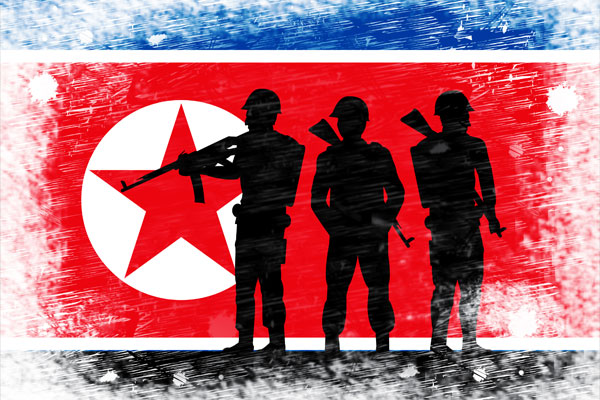 North Korea stressed the importance of stronger defense capabilities throughout the eighth congress of its ruling Workers’ Party early this month. Leader Kim Jong-un revised party rules to specify this part, while the report on the work of the party’s central committee allocated a significant portion to military affairs.

In addition to the party event, it has been confirmed that North Korea held a military parade on January 14. During the military parade, which was the first such event dedicated to a party congress, the country showed off its new weaponry that could possibly carry nuclear weapons. Here’s political commentator Choi Young-il with more.

During the recent party congress, the second-longest in North Korean history, the country made it clear that the topmost task is to reinforce its defense capabilities. After the rare party congress, North Korea staged a massive military parade, stressing its resolve once again to strengthen defense capabilities. The North showcased new, state-of-the-art weapons to demonstrate that it’s constantly enhancing its military power. This year, it seems North Korea is determined to return to the so-called “military-first politics” of former leader Kim Jong-il. This is considered a major hurdle that should be cleared in future North Korea-U.S. ties and in inter-Korean relations.

During the party congress, North Korean leader Kim Jong-un said that his country was in the process of developing multi-warhead missiles, hypersonic missiles, nuclear-powered submarines and submarine-launched ballistic missiles. All these weapons are considered highly threatening in light of the global nuclear arms race.

North Korea’s move to boast its military power seems to be intended to strengthen internal unity and also prepare for future nuclear negotiations with the U.S. Many analysts regard this as a message toward the Biden government, which might choose the policy of “strategic patience” or demand North Korea’s denuclearization.

North Korea unveiled weapons that aren’t even complete yet. This is odd, because countries, in general, do not reveal new weapons and/or keep them secret until they’re finished to be deployed in actual combat.

In this sense, North Korea is focused more on sending the political message that the country can defend itself and that its power is strong enough to confront the U.S.  The North highlights its status as a nuclear weapons state, whether other countries recognize it or not. In doing so, it shows to the U.S. that it could engage in disarmament talks with the States.

North Korea’s move to reinforce its nuclear arsenal may serve as a negative factor that deepens its confrontation with the U.S.  Since its second summit with the U.S. in Hanoi, North Korea has signaled its intention to develop strategic weapons, using the expression “nuclear war deterrent.” The North officially pledged to advance its nuclear weapons during the recent party event to upset the new U.S. government. Nuclear negotiations with North Korea may not be a top priority for the Biden government. In this situation, it is hard to expect the resumption of North Korea-U.S. negotiations, much less any progress in talks, if the North continues to make the U.S. nervous.

If North Korea left room for openness, it would be easier to facilitate negotiations with the Biden administration. But the North only emphasizes its military power, which I think is very disturbing. North Korea underlined stronger defense capabilities at the party event and held a military parade to reveal new, upgraded weapons in a show of force. This was right before the inauguration of the new U.S. administration. But Pyongyang was sending the wrong signal to the Biden government, which values proper procedures and working-level talks. I wish North Korea had sent a more conciliatory gesture to the U.S.  It’s a shame that relations between the North and the new U.S. government started off this way.

As North Korea’s strategic weapon targeting the U.S., an ICBM was displayed during a military parade commemorating the 75th founding anniversary of the Workers’ Party last October.

But this time around, the North stopped short of showing an ICBM, in an apparent move to express its commitment to negotiations with the U.S.

In previous military parades, the North typically showed off ICBMs with the ability to reach the U.S. mainland, along with nuclear warheads. At the recent event, however, an ICBM never appeared. During the party event, leader Kim Jong-un said that his country would take an “eye for an eye” approach when it comes to U.S.-related issues. That is, Pyongyang is saying that the ball is in Washington’s court. North Korea’s attitude could be different, depending on the Biden administration’s North Korea policy.

While North Korea did not show an ICBM at the military parade, it displayed a series of new weapons that put all of South Korea within range. The upgraded version of a tactical missile, in particular, is believed to be capable of being tipped with a nuclear warhead, in line with the leader’s instruction to develop tactical nuclear weapons.

North Korea unveiled various tactical weapons including short-range missiles aimed at South Korea, generating speculation that the North is now shifting its target to South Korea from the U.S.  But apart from the military parade, we have to analyze North Korea’s message at the party congress as well. During the party event, the North Korean leader said that inter-Korean relations could return to the spring of three years ago, but that depends on South Korea’s attitude.

But he also said that the current relations regressed to the days before 2018.

What North Korea is saying, is that the South should continue to show interest and not ignore its powerful northern neighbor. On the inside, though, I imagine North Korea hopes for an improvement in relations with both South Korea and with the U.S.

South Korean President Moon Jae-in has expressed confidence that South Korea can fully prepare for North Korea’s strong military force. He made the remarks during his New Year’s press conference on Monday in an answer to the reporters’ questions about North Korea’s move to strengthen its military capabilities. Regarding the annual combined military exercises between South Korea and the U.S. in March, Moon said that South and North Korea could discuss the issue through a joint military committee. He also expressed expectations for better relations between North Korea and the U.S., saying that the Biden government’s policy stance is similar with South Korea’s.

Moon sees North Korea’s recent move to show off its military power as a political message, rather than preparations for war. During the years of the Trump administration, North Korea-U.S. relations seemed to be going well on the surface. On the contrary, South Korea-U.S. relations were rather uncomfortable, as seen in the delayed talks over defense cost-sharing and the speculation that Trump wanted to withdraw American forces from South Korea. Under a Biden presidency, South Korea and the U.S. are expected to cement their relations further, and Moon pointed out this part. The South Korean president is highly likely to persuade the U.S. to resume negotiations with North Korea.

North Korea has pressured South Korea and the U.S. by showing off its nuclear weapons and military power at every opportunity in a bid to gain the upper hand at negotiations. At present, it is difficult for North Korea to find an exit without cooperation with the outside world.

Therefore, it seems the country needs to pursue humanitarian aid rather than take a threatening attitude by unveiling new nuclear weapons.