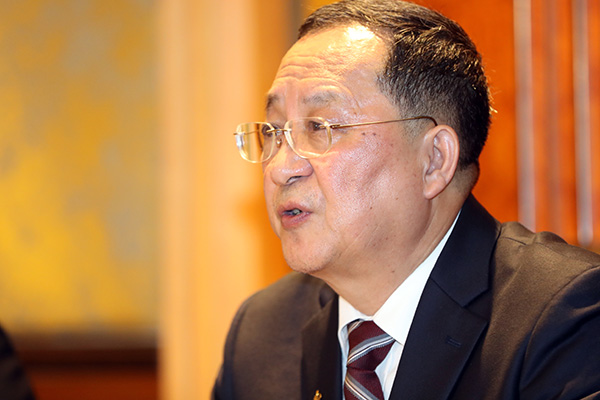 North Korea's Foreign Minister says that the U.S. would be miscalculating if it tries to confront North Korea with sanctions instead of dropping its “hostile stance.”

Ri accused Pompeo of lacking "rational thinking and judgment” and claimed that Pompeo is disrupting the future of North Korea-U.S. negotiations.

He added that the top U.S. diplomat seems to be more interested in realizing his own “political ambition” than Washington’s current foreign policies.

Ri said that North Korea will remain Washington's biggest threat “for a long time” and will make Washington realize what it has to do for North Korea's denuclearization.