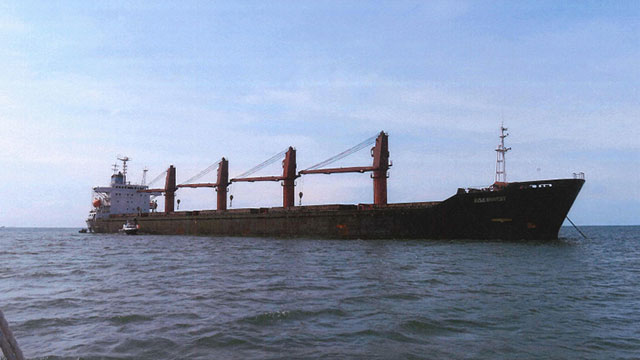 The sale of a North Korean cargo vessel seized by the United States was reportedly completed earlier this month.

According to Voice of America(VOA) on Saturday, an official at the U.S. Marshals Service said the previous day that they received bids for the "Wise Honest" from July 31 to August 9 and the sale was completed on September 12.

The official did not provide further details, including the identity of the winning bidder or the amount bid.

VOA said that after a court grants the final approval of the forfeiture procedure, the sale proceeds are likely to be given to the parents of Otto Warmbier, the American college student who died days after being released from detainment in North Korea in a vegetative state in 2017.

Warmbier's parents had filed an ownership claim for the freighter when prosecutors moved to confiscate the Wise Honest, which was suspected of transferring North Korean coal in violation of international sanctions.