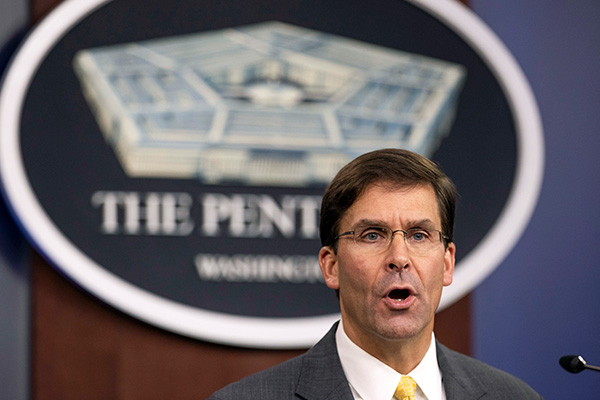 U.S. Defense Secretary Mark Esper reportedly said on Wednesday that he is open to new alterations in U.S. military activity in South Korea if it helps enable diplomatic efforts to denuclearize North Korea.

According to the Associated Press, Esper made the remark to reporters aboard a plane en route to South Korea to attend annual defense talks with Defense Minister Jeong Kyeong-doo.

The defense secretary said that the U.S. will adjust its exercise posture, either more or less, depending on what diplomacy may require.

He stressed that any changes to military exercises would ensure troop readiness on the Korean Peninsula and be carried out in consultation with the South Korean government.

Esper added that as the U.S. considers adjusting -- either "dialing up or dialing down" -- exercises, it wants to do that in close collaboration with its South Korean partners, not as a concession to North Korea but as a means to keep the door open to diplomacy.

The defense chief also said he takes seriously North Korea's end-of-year deadline for the U.S. to come up with an acceptable proposal in the negotiations.

The remarks come as North Korea has threatened to retaliate if the United States goes ahead with scheduled military drills with South Korea. 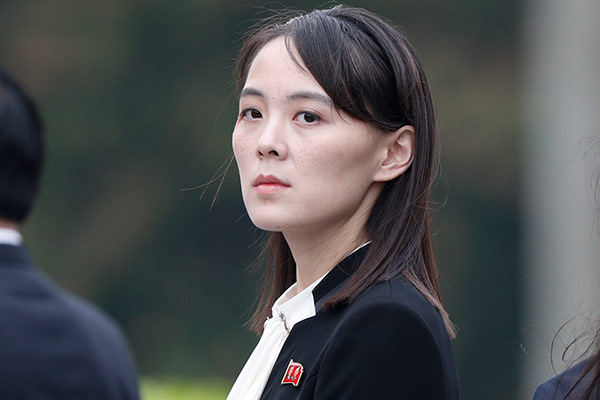